Donald Trump FBI raid: What's next for the former President as investigations continue

A federal prosecutor joined LiveNOW from FOX to talk about the steps the DOJ and FBI had to take in order to get a warrant and execute it a the former President's Mar-a-Lago estate in Florida. This all comes as speculation continues to build of a potential 2024 from Donald Trump.

WASHINGTON - The FBI search of Donald Trump’s Mar-a-Lago estate marked a dramatic and unprecedented escalation of the law enforcement scrutiny of the former president, but the Florida operation is just one part of one investigation related to Trump and his time in office.

The potential legal peril from multiple quarters comes as Trump lays the groundwork for another presidential run in 2024. He has denied any wrongdoing and worked to cast Monday's search as a weaponization of the criminal justice system and a political ploy to keep from another term in office, though the Biden White House said it had no awareness and the current FBI director was originally appointed by Trump.

Here’s a look at the probes underway in different states and venues:

Monday’s FBI search came as part of an investigation into whether he took classified records from the White House to his Florida residence, people familiar with the matter said. Trump himself confirmed the search publicly, with a fiery statement condemning it as "prosecutorial misconduct" and saying agents had opened up a safe in his home.

While Trump didn’t say what the search was related to, the Justice Department has been investigating for months the potential mishandling of classified information. It started after the National Archives and Records Administration said it had received 15 boxes of White House records from Mar-a-Lago, including documents containing classified information.

Former President Donald Trump released a lengthy statement about the FBI executing a search warrant at his Florida home.

There are multiple federal laws dictating how classified records and sensitive government documents must be handled, including statutes that make it a crime to remove such material.

A search doesn’t necessarily mean criminal charges are imminent, but to get a warrant, federal agents would have to convince a judge they have probable cause to think a crime occurred.

The Justice Department is investigating the Jan. 6, 2021, insurrection and efforts to overturn the election he falsely claimed was stolen, though whether the former president is a direct target of the probe remains unclear.

Federal prosecutors have been especially focused on a scheme by Trump allies to elevate fake presidential electors in key battleground states won by Joe Biden as a way to subvert the vote, issuing subpoenas in recent weeks to multiple state Republican party chairmen.

The Justice Department investigation is running parallel to a probe by a U.S. House committee which has held several public hearings, including in prime time, about efforts by Trump and his allies to overturn his 2020 election loss.

That House committee doesn’t have the power to file criminal charges, but legal experts have said the testimony gives prosecutors territory to explore, including the assertion that Trump sought to join his supporters in marching to the Capitol on Jan. 6 after holding a rally or that he dismissed warnings that people in the crowd weapons.

Trump has repeatedly denied any wrongdoing. 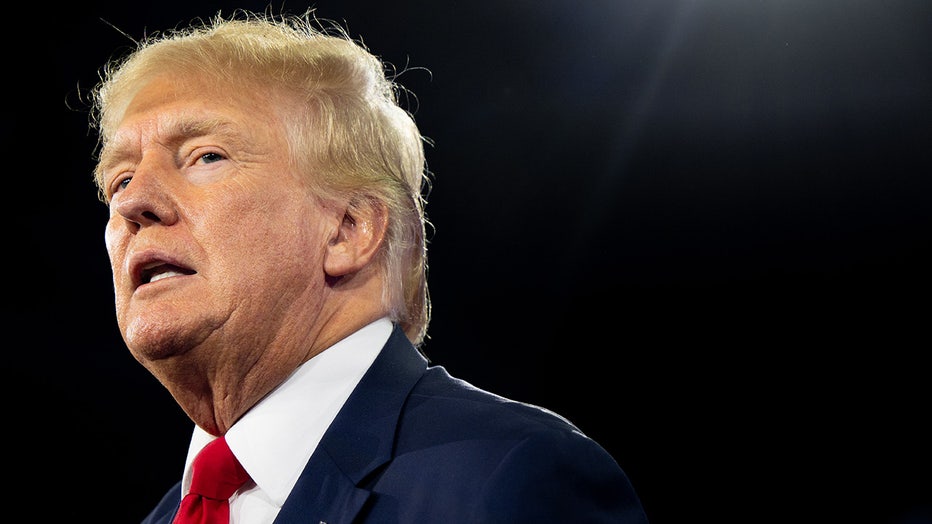 After his 2020 election loss, Trump called Georgia Secretary of State Brad Raffensperger and urged him to "find" the votes needed to overturn his narrow loss in the state.

That Jan. 2 phone call is part of an investigation by a prosecutor in Atlanta which could pose a more immediate legal threat to Trump.

Fulton County District Attorney Fani Willis has said she is contemplating subpoenaing Trump for his testimony, a move that would seek to force him to cooperate with a criminal probe.

They’ve also advised Georgia Republicans who served as fake electors that they are at risk of being indicted. They signed a certificate asserting Trump had won the election and declaring themselves the state’s electors, even though Biden had won the state and a slate of Democratic electors had already been certified.

Trump has repeatedly described his call to Raffensperger as "perfect."

New York Attorney General Letitia James is conducting a civil investigation into allegations that the former president’s company, the Trump Organization, misled banks and tax authorities about the value of assets like golf courses and skyscrapers to get loans and tax benefits.

In May, James’ office said that it was nearing the end of its probe and that investigators have amassed substantial evidence that could support legal action — such as a lawsuit — against Trump, his company or both.

Trump is expected to be questioned under oath in James’ investigation this month. Two of the former president’s adult children — Donald Trump Jr. and Ivanka Trump — recently sat for questioning in the investigation.

The Manhattan district attorney’s probe had appeared to be progressing toward a possible criminal indictment, but slowed after a new district attorney, Alvin Bragg, took office in January. Bragg has said his investigation continues.

Trump has denied the allegations and dismissed the investigations as politically motivated.