FERNDALE, Mich. - While disruptions to life are now a daily occurrence in Michigan due to the coronavirus, one Ferndale family just had an extra layer of uncertainty added. A mother of four whose hours were just cut due to the nonessential business closures now mandated across the state just had her house catch fire.

"I was terrified, it was a pretty scary situation," said Kimberly Natin, the homeowner.

A home near East Nine Mile and Woodward Avenue in Ferndale is now blocked off by yellow tape after a Saturday house fire pushed the family into the street.

At the time of the fire, Natin and her fiance Jason Phaup were napping when they awoke to screams and smoke. Natin found her 74-year-old mother-in-law's bedroom on fire.

A mother of four is now homeless after the house she, her fiance, kids and her mom were staying in caught fire. Hitting at the worst possible time, the mom also just had her hours cut due to the coronavirus pandemic.

"My first thought was to just grab her and get her out, she was just standing there next to the flames like she had no idea what was going on," Natin said. "She has lung cancer that spread to her brain so she has some memory problems - most of the time doesn't know what day it is."

The Ferndale fire marshall said Natin's mother-in-law was smoking, which led to the flames. Three of Natin's daughters were also inside. Everyone got out safe, but now the family is facing the aftermath of the damage in the middle of a viral disease that has shut down most of the state, including part of Natin's hours at her job.

The fire managed not to damage the whole house, however. Natin's fiance shut the bedroom door on their way out. The fire marshall believes that's why the flames didn't spread throughout the house. 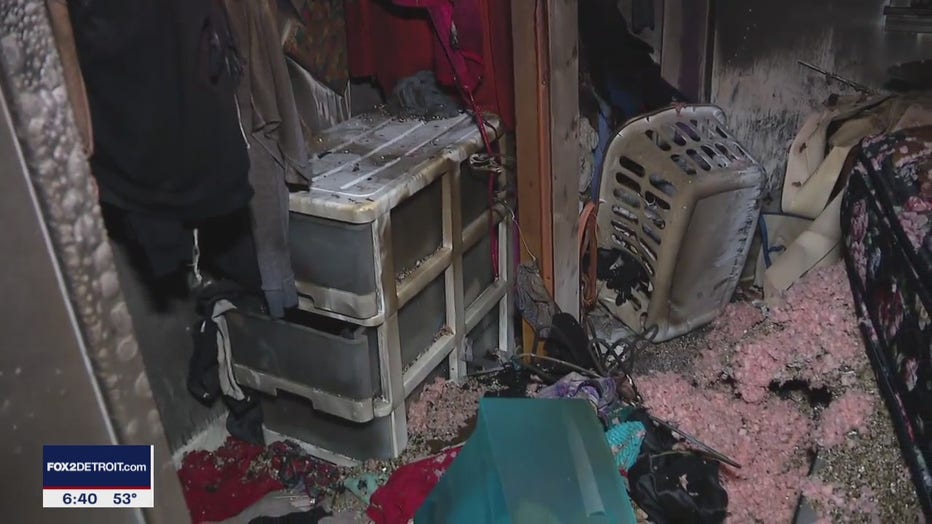 "I figured if I shut the door then maybe that was something that would block the fire from pouring into the hallway," said Phaup.

A gofundme has been set up for the family. You can find it here.

"I know it's a hard time for everybody but if someone can just step up and give just a little bit to help out I'd appreciate it," said Natin.