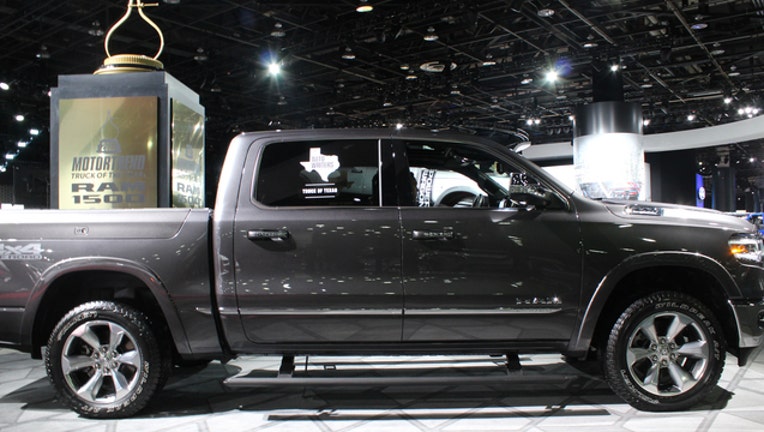 DETROIT (FOX 2) - Fiat Chrysler is recalling nearly 180,000 pickup trucks in North America to fix an electrical problem that can knock out the power steering.

The recall covers the 2019 Ram 1500 pickups. The Ram 1500 was just named Truck of the Year at the Detroit Auto Show. Most are in the U.S. and one-third are still on dealer lots.

The company says a fastener that grounds the battery wasn't secured properly in manufacturing. The connection can become loose, which disables the power steering. Drivers can still steer but the effort it takes wouldn't be consistent.

FCA says it has no reports of crashes or injuries.

Dealers will secure the fastener at no cost to owners. Fiat Chrysler says it doesn't have a date for the recall to begin, but it under U.S. law it has to start within 60 days.

The Ram 1500 was named the truck of the year at the Detroit Auto Show and was credited with its aerodynamics, luxruious style, and its gas mileage.