Parents of students at Earhart Elementary demanding accountability and change.

"This was one of my daughter’s classmates so that makes it even scarier, the child sits in the class with my child," said a concerned parent.

The school sent out an email to parents Thursday afternoon — telling them about the incident, adding that the gun was confiscated and that there was no evidence that there was a plan to use the gun at school.

But parents who spoke to FOX 2 are not convinced.

"You don’t know what was going through that child’s head - are they being bullied?" asked one parent. "You know are they just angry? You just don’t know, anything could have happened - but thank God that it didn’t."

"What would have happened if this little boy would have shot the gun and somebody would’ve gotten hurt?" said another parent.

The school told parents via email and robo call that the student was removed from the school and that "appropriate disciplinary actions were taken."

But there was no mention if the gun was loaded or not.

"It’s just scary we’re sending our children to school and we’re thinking they’re protected and they really are not," a parent said.

This comes less than a month after 19 students and 2 teachers were shot and killed at an elementary school in Uvalde, Texas

Parents of students at Earhart Elementary demanding accountability and change.

"My daughter and my son attend that school, and I’m not going to send them to school tomorrow because I want more info," said another parent.. "Who’s to say If the boy - might come back to the school again. They don’t know the cause or anything."

"I want them to keep our children as safe as possible once they leave our homes we’re sending them in their care," said the other parent.. "Some of them feel like oh they are only teachers or principals but our children in their care, we expect them to come home the same way they left."

The Detroit Public Schools Community District did notify FOX 2 saying that the student in question will not be returning to school, urging parents to check their children's backpacks and talk to them about the consequences of bringing a weapon to class. 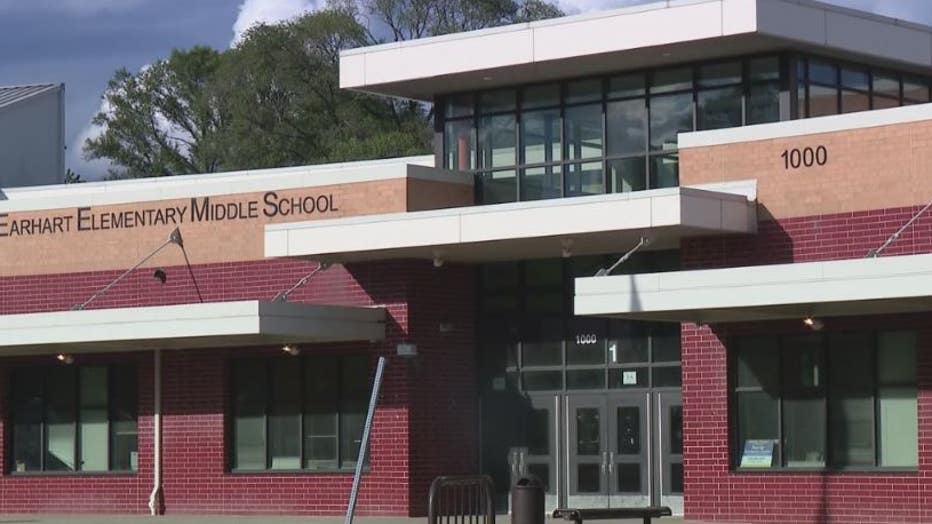