DETROIT (FOX 2) - Detroit police confronted a large protest group on Gratiot at Connor leading to numerous arrests at about 8:45 p.m. on the city's east side.

The group of more than 200 people split off from the main demonstraton downtown and were arrested by officers after walking down Gratiot near Conner. Detroit Police Chief James Craig said that he believed no protesters were injured and neither was police at the scene.

Detroit protesters told Randy Wimbley Tuesday that some white suburban demonstrators inflamed a situation leading to multiple arrests on the east side of the city tonight.

They had been directed to disperse for an unlawful assembly and warned for blocking the street. For those who stayed, police used sonic noise before deploying a gas agent, and eventually zip-tying the demonstrators. Some were wrestled to the ground before being restrained.

Some were injured from the gas and were rendered aid by officers at the scene with bottles of water.

Craig said it was not the goal for police to make arrests, but due to blocking the street and ignoring curfew, his officers moved in on both sides and took action.

"We don't want to arrest, but if we have to, we will," Craig said, adding that they will be processed at the Detroit Detention Center. "I would have preferred that this not happen. Clearly I wanted to report to you that it was a peaceful prostest and there was compliance.

Large group of protesters broken up by police on Gratiot

Witness Graystone Maddox told FOX that an agitator sparked tensions as the protest was winding down.

"From my vantage point it appeared there was some resistance, but I don't know. Some protesters did offer resistance."

Activist Graystone Maddox said that the protest was derailed by a "girl who didn't even look like us" using a mega phone to chant "Hell no, we won't go" in provoking the situation. Her and others like her he said, pushed the envelope as the demonstration was preparing to leave the city limits.

Maddox said it escalated the situation when he claimed things were winding down among the protesters. 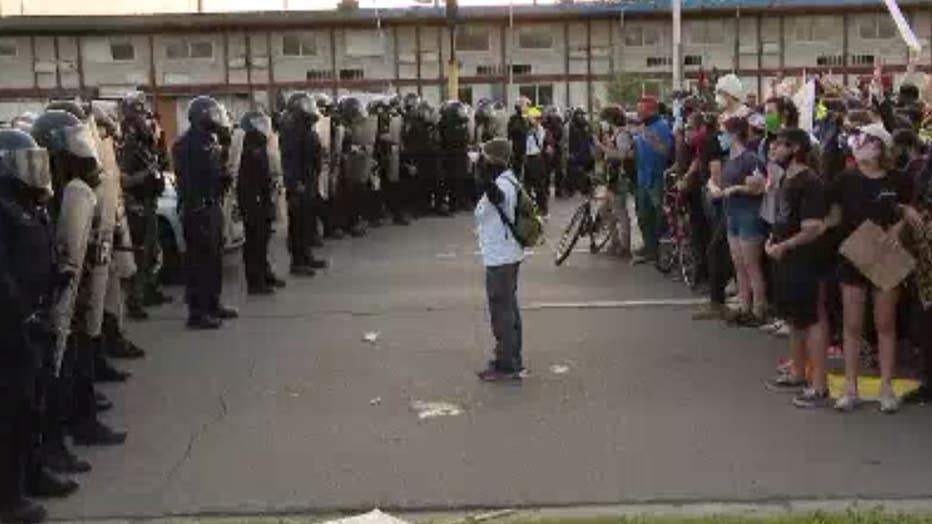 "People who don't look like us were chanting 'Hell no we won't go,'" he said, adding that the march was going to head to the Eastpointe border where there is no curfew.

One protester said the police action was not justified.

Craig said that the first warnings were given out at 7:50 p.m. and said he believed his officers showed patience leading up to the arrests.

The other large group of protesters was led by 16-year-old Stefan Perez who helped disperse the Monday night demonstration in front of police headquarters. Perez's group dispersed shortly after 8 p.m. while the second group eventually walked from downtown to Gratiot and Conner where the confrontation occurred. 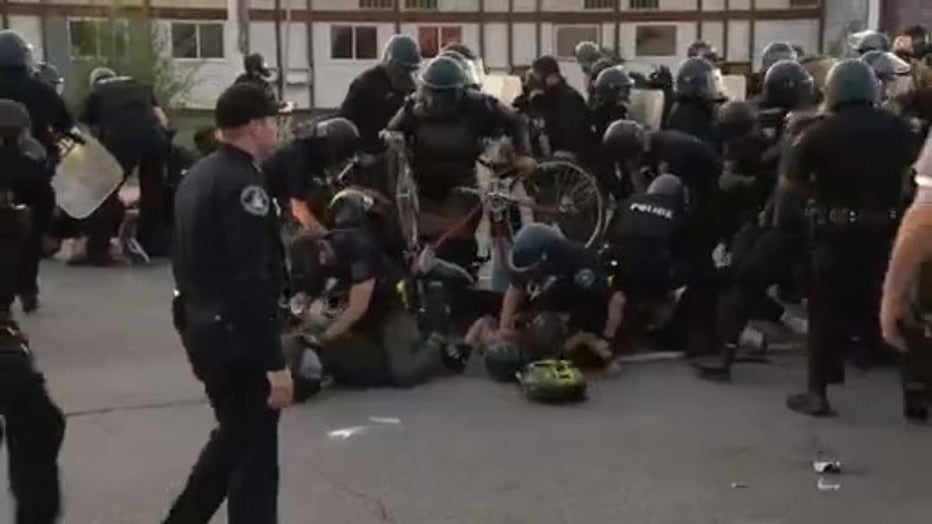