DETROIT (FOX 2) - Workers from McDonald's and their supporters marched down Outer Drive amid a heavy police presence, protesting outside a McDonald's on Van Dyke in Detroit.

"We're here to let McDonald's know and their corporation, we want $15 and a union," said Rev. WJ Rideout, activist.

Low wages and demands for a Union weren't the only battle cries at this protest.

And as protesters converged on the intersection shutting a portion of it down, their demands soon turned to cheers when a McDonald's employee at this Van Dyke location came outside to join them.

"I walked out on strike," she said.

This McDonald's manager says she struggles to make ends meet.

"It's hard and I have two jobs at McDonald's I have to survive," she said.

But low wages and demands for a union weren't the only battle cries at this protest.

On Tuesday Michigan McDonald's workers, with support of the American Civil Liberties Union, filed a class-action lawsuit that demands the fast food chain confront its alleged "culture of sexual harassment."

The lawsuit comes as the company's former CEO was fired when his relationship with an employee was found to violate company policy. The former CEO was paid a multi-million-dollar severance package.

"I was sexually harassed by a manager and an employee," said Barbara Johnson.

Johnson is a former McDonald's employee based in St. Louis. She traveled to Michigan to support protesters after being forced to quit her job when she was harassed.

FOX 2: "Would a union have made a difference for you?"

FOX 2 contacted McDonald's corporate offices and in a statement they said:

"McDonald's is demonstrating its continued commitment to this issue through the implementation of Safe and Respectful Workplace training in 100 percent of our corporate-owned restaurants."

They also added, "The average starting wage at corporate-owned restaurants is over $10 per hour and exceeds the federal minimum wage." 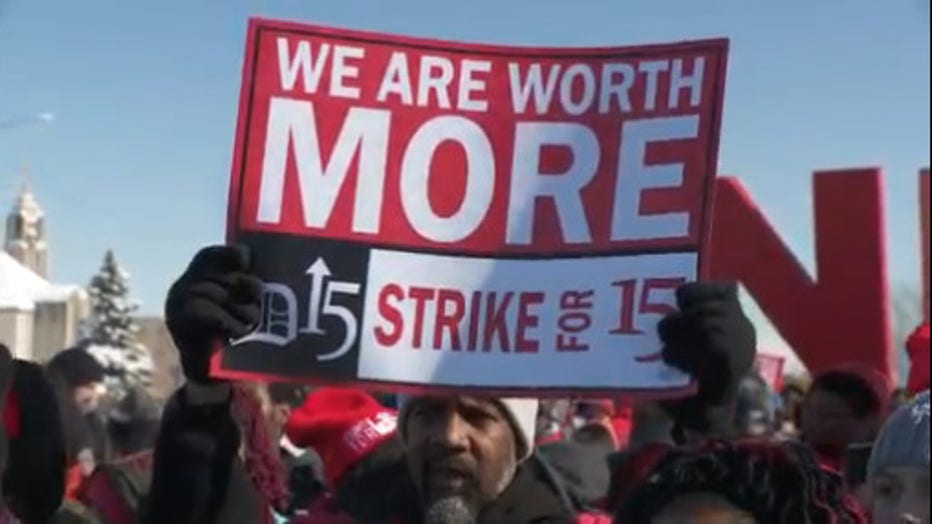