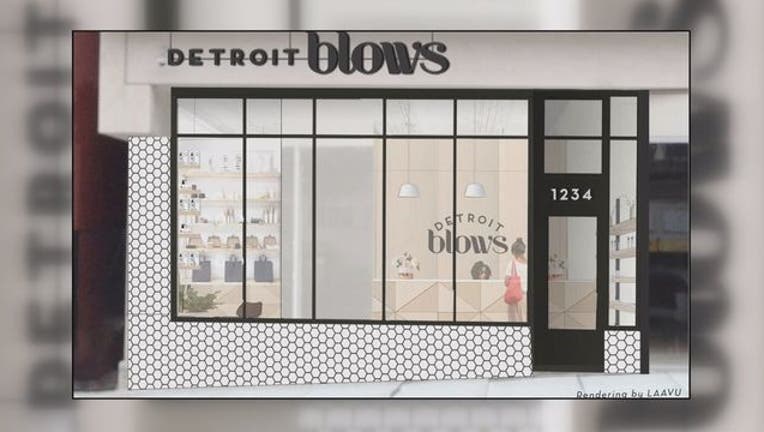 DETROIT (WJBK) - A new finishing salon coming to the city is called Detroit Blows. The new shop will specialize in hair blowouts and other beauty services.

The women behind the new salon are Detroit natives who decided to return to their hometown from New York to be a part of the city's resurgence.

The women, Nia Batts and Katy Cockrel, say they know the name is attention-grabbing -- but believe it tells the city's story of resilience.

Detroit is the "comeback city," they say, and the name Detroit Blows is meant to be a testament not only to the salon's core business of blowouts, but to the the city's resilience. They say the name is a "reappropriation of the long history of blows the city has withstood."

The salon will have both traditional and roller-set blow dry options, as well as an à la carte "finishing services" station for eyebrow grooming and other makeup applications. Express manicure and pedicure services will truly make it a one-stop shop.

Moreso -- the women are donating $1 of every blowout service and a percentage of their retail to support Detroit-based female entrepreneurs and women in the workforce.

Detroit Blows is set to open this summer in downtown's Central Business District.