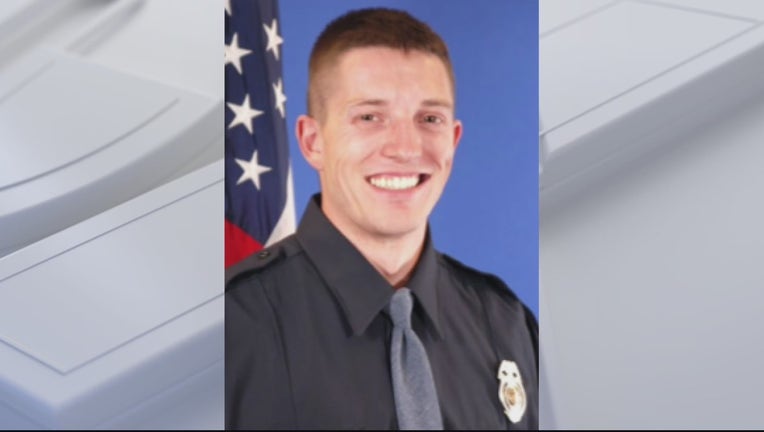 GRAND RAPIDS, Mich. (FOX 2) - Despite his probable cause conference Tuesday, the former Grand Rapids police officer charged with second-degree murder in the shooting death of Patrick Lyoya will instead make his first court appearance in July.

Christopher Schurr, who was arraigned on a murder charge the day after the Kent County prosecutor announced his decision, was not in court during his scheduled probable cause conference Tuesday.

Judge Nicholas Ayoub also agreed to a waiver of the 21-day rule that was signed by Schurr, his attorney, and the prosecutor, which required the preliminary hearing to happen within a certain time period.

Ayoub agreed to push back the hearing to July 18. It was originally scheduled for next week.

Schurr was terminated from his position with the Grand Rapids Police Department on June 15, less than a week after Prosecutor Chris Becker announced he'd be charging him with murder. The former officer shot and killed Lyoya during a struggle following a traffic stop on April 4.

Parts of the incident were caught on camera from four different video feeds, including bystander cell phone footage which showed the moment Schurr un-holstered his handgun and shot Lyoya.

A medical examiner said Lyoya died after being shot in the back of the head while face down.