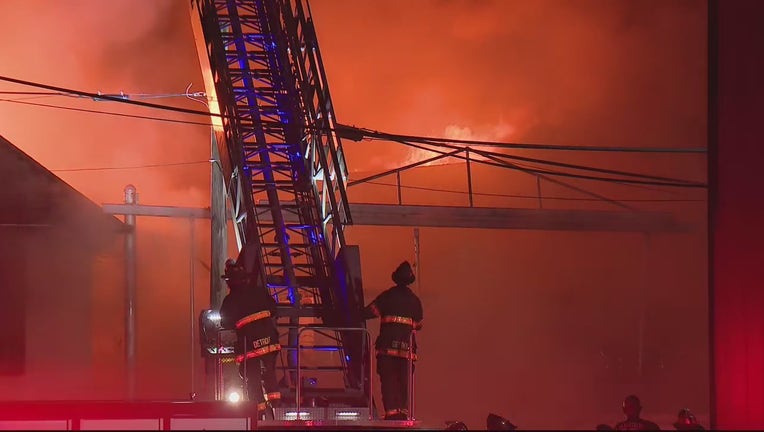 DETROIT - Detroit firefighters have been battling a chemical fire on the city's southwest side throughout the morning.

The Detroit Fire Department said a blaze had taken over the DeWitt Products Co manufacturing site, sending flames towering into the sky and coloring the area in an orange hue.

A FOX 2 photographer said they could hear an explosion inside the building while nearby.

The company constructs material that waterproofs roofs and driveways, which was among the residue that was pouring out of the blaze.

"Lot of runoff from the roofing material in the street. You see the petroleum in the water," said Senior Chief Darrell Freeman.

No one has been hurt in the fire.

It's also unclear what caused the blaze in the first place.