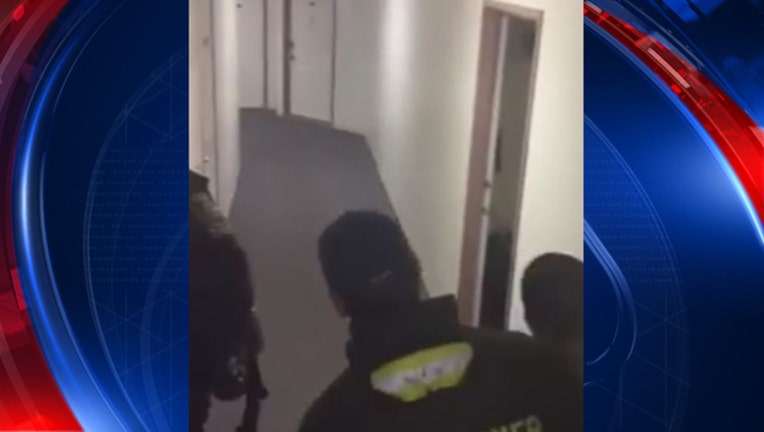 AVON, Colo. (AP) - A bear caught rummaging through a refrigerator in an apartment in Colorado's mountains turned out to be more scared than scary.

Firefighters say the black bear may have gotten into the Avon apartment through an open window or door early Saturday morning. The resident locked himself in his bedroom and called for help.

About a half dozen firefighters and deputies responded, at first yelling to scare the bear. Then they quieted down as one gently pushed open the apartment door and small bear emerged, head first.

They stomped and yelled as it ran down the hallway to try to keep it from getting too comfortable around humans.

Firefighters posted a video on Facebook as a reminder to people to close their windows and doors now that bears have emerged from hibernation.

Click here if you cannot see the video above.