FOX 2 - The first 2020 presidential debate will be  9 p.m. EST live from Cleveland on FOX 2 and online at FOX2Detroit.com as well as our Facebook page.

There will be no masks, no handshakes, only a few audience members, and the media. On the table will be six topics and 90 minutes of discussion, moderated by Chris Wallace of FOX News.

Roop Raj speaks with each campaign, and has a preview of tomorrow's showdown.

Talk to Democratic strategists who are aides for Joe Biden and they'll tell one of the topics Biden will be drilling home to the American people, Obamacare and the nomination of Judge Amy Coney-Barrett and if confirmed, the threat to Americans with health issues.

Guy Smith was an adviser to President Clinton and is now helping the Biden camp.

"In pre-existing conditions, the president signed an Executive Order that it is the policy of the country to protect people with pre-existing conditions," Gidley said. "He came out years ago, early on in the administration, and said this party, the Republicans, me as president, we will fix healthcare. And he has moved heaven and earth to do so. We've seen a reduction in Obamacare premiums, two years consecutively, that never (would have) happened with Joe Biden."

The six topics on the debate agenda will be The Trump and Biden Records, The US Supreme Court, COVID-19, The Economy, Race and Violence in our Cities and The Integrity of the Election. How sharp both candidates will appear on stage-up for debate depending on who you talk to.

"They're putting out this thing saying Biden is on performance-enhancing drugs," Smith said. "Which he is not, of course. But sometimes with Trump, you wonder maybe he ought to be on performance-enhancing drugs because he is so incoherent. Imagine, telling the American people to inject bleach. This is why Biden leads in the polls. Polls show that people don't trust Donald Trump."

"Joe Biden has been in politics for almost half of a century," Gidley said. "He has had 38 debates, 11 in this cycle alone, beating 20-plus other candidates emerging as the nominee for the Democrat party. It doesn't matter what he says or what he does even though he's an expert at these debates, the media is going to cover for him regardless."

But even so, Biden supporters look closely at Hilary Clinton in 2016 who led in the polls but lost the Electoral College.

The President will talk about the USMCA, the trade deal that replaced the failed NAFTA policy.

"They're going to say he won the debate," Gidley said. "They said in the past and they'll see it tomorrow night as well. So we're ready for that come out ahead when's that we face are very clear and very well-established." 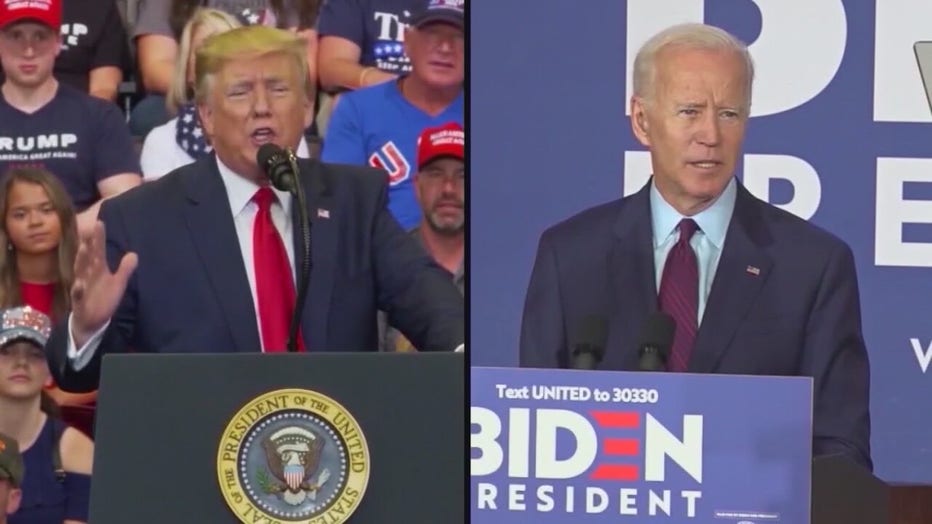