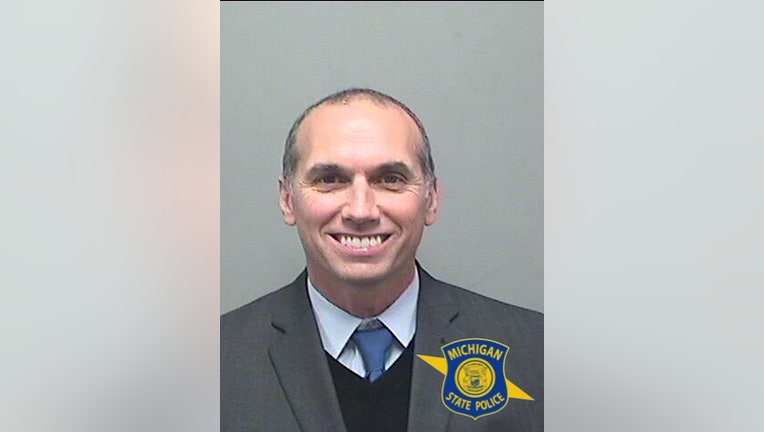 MACOMB CO., Mich. (FOX 2) - Former Macomb County prosecutor Eric Smith has reached an agreement with the U.S. Attorney’s Office in Detroit and will plead guilty to one count of obstruction of justice.

The charge was filed in federal court Wednesday after Smith was accused of attempting to get a friend and two of his assistant prosecutors to make false statements to federal law enforcement officers and a federal grand jury in a federal criminal investigation of Smith’s own criminal conduct, United States Attorney Matthew Schneider announced. The charge is a felony that carries a sentence of up to 20 years in federal prison.

The charge was based on an investigation by the Federal Bureau of Investigation that revealed that between 2012 and 2020, Smith conducted two fraud schemes to steal approximately $75,000 in cash from his political campaign fund to use for personal expenses.

Then, when he became aware of a federal grand jury investigation in 2019, Smith began a campaign of a different sort, imploring witnesses to lie and commit perjury on his behalf to federal authorities and a federal grand jury, a news release from the U.S. Attorney's Office of Eastern Michigan said.

A statement provided by Smith's lawyer says that Smith respects he must be held accountable for his misdeeds and agreed to stand in open court and answer for his actions for the benefit of the citizens of Macomb County and his family.

“Never did I trade justice for money or any other benefit. Let me be absolutely clear: The Macomb County Prosecutor’s Office was never for sale under my watch. I acted irresponsibly and recklessly, and I will be held accountable for my actions. However, I never compromised when it came to protecting the citizens of Macomb County and prosecuting criminals,” Smith also said in the statement.

Back in March, Michigan Attorney General Dana Nessel accused Smith of running a criminal enterprise dating back to 2012. Criminal complaints were filed, with Smith facing 10 charges that include five counts of embezzlement, and single charges of running a criminal enterprise, tampering with evidence, conspiracy to commit forgery, misconduct in office and accessory after the fact.

Attorney General Dana Nessel has been investigating Prosecutor Eric Smith and his department for more than a year over allegations of misusing asset forfeiture funds. The forfeiture fund is essentially money that comes from drunk drivers and drug forfeitures - public money.

Instead, Michigan AG Dana Nessel says Smith used the money for a personal security system for his house, country club parties, campaign expenses and to buy flowers and make-up for his secretaries.

"As was the case when he stepped down from office in April of this year, Mr. Smith wants nothing more than for the citizens of Macomb County to be able to move forward with the selection of his successor in November.  Mr. Smith knows this resolution allows that," the statement also read.

Smith is facing up to 20 years in prison if convicted of the charges relating to the criminal enterprise case. It's unclear how the guilty plea will affect that case.