FOX 2 - On Friday, the media consensus appears to be President Trump will choose Judge Amy Coney Barrett as his nominee for the U.S. Supreme Court.

Former Michigan Attorney General Bill Schuette spoke with us Friday as a surrogate for the president on this expected choice.

Former Michigan Attorney General Bill Schuette spoke with us Friday as a surrogate for the president on this expected choice.

FOX 2: "Is that who you understand to be the front runner?"

"It's hard to tell who the front runner might be," Schuette said. "Sometimes there's a leak here and a leak there, but I'm certain that the president will nominate, his constitutional responsibility, a talented, qualified justice and it's going to be a woman."

What was a leak has turned into a flood of what seems like confirmation. Multiple sources told Fox News on Friday that the 7th Circuit Court of Appeals Judge Amy Coney Barrett will be President Donald Trump's pick.

She was closely examined to potentially replace former Justice Anthony Kennedy on the high court.

Now the fight turns to confirmation. Senate Majority Leader Mitch McConnell has made it clear he'll put the President's nominee up for a vote.

FOX 2: "It appears by many estimations that there is some blatant hypocrisy in Senate Majority Leader Mitch McConnell's protestations and then eventual denial of President Obama's nominee back in 2016. How do you justify leader McConnell's decision to move forward with the nominee?"

"I think the most important thing is to access the facts and what the accurate past nominations have been," Schuette said. "Politics need to be removed from this. The constitutional responsibilities are clear for the president and the United States Senate. No hypocrisy here."

FOX 2 "How do you use this same logic applied now. when in 2016 the constitutional responsibilities of the president weren't taken into consideration?"

"When the presidency is controlled by one party and the United States Senate by the very same party, it has gone forward confirming that nominee whether it's a Democrat or Republican," he said. 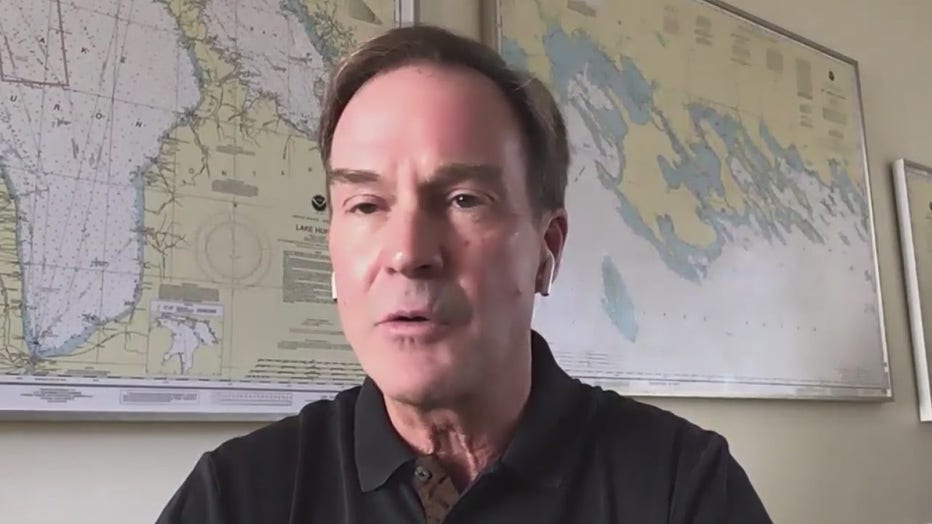 The non-profit Brookings institution notes there was no historical justification for denying President Obama's pick in 2016 and based on the most recent polling, a survey from ABC News and the Washington Post, the majority of Americans say filling the vacancy should wait until after the November election.

It is a position Democratic Presidential Nominee Joe Biden continues to advance.

"Speaking to those Republicans out there, Senate Republicans, who know deep down what is right for the country and consistent with the constitution," Biden said.

We expect the president's announcement at 5 p.m. Saturday.