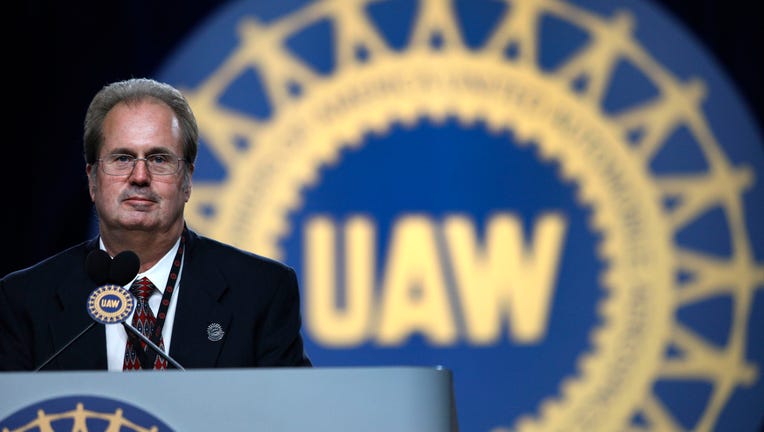 DETROIT, MI-JUNE 14: Gary Jones, the newly-elected President of the United Auto Workers (UAW), addresses the 37th UAW Constitutional Convention June14, 2018 at Cobo Center in Detroit, Michigan. Jones was formerly the Director of UAW Region 5. The out

Cited in court filings, Jones is the 14th individual to be charged in a wide-reaching probe conducted by the FBI that goes back years.

Jones' plea isn't much of a surprise. Two of his former colleagues, Vance Pearson and Edward "Nick" Robinson, both plead guilty to similar charges.

Federal agents from the FBI, IRS and Department Labor announced the charges during a press conference Thursday afternoon.

"The charges against Gary Jones are offensive to the hardworking men and women of the UAW and they are offensive to those of us who believe the important contribution that unions make to the livelihood of their members," said FBI Detroit Special Agent Steven Dantuono on Thursday.