During a press conference, attorneys and officials from the FBI, IRS, and Department of Labor announced the charges against Jones, the latest in a string of individuals tied to a wide-ranging investigation.

"The allegations are, that in connection with his UAW roles, Mr. Jones conspired with other UAW officials to steal over $1 million in UAW money and property. Instead of that cash and property going to helping the men and women, Mr. Jones spent it on his own personal enjoyment," said U.S. Attorney Matthew Schneider.

The FBI alleges that Jones, along with District Directors Vance Pearson and Edward "Nick" Robinson, spent the money on lavish goods like luxury condos, premium liquor, horseback riding on the beach, and custom-made golf sets. People caught in the probe also allegedly spent $60,000 on cigar goods and $8,000 in spa treatments.

Officials from the US Attorneys office, the IRS and the Department of Labor announced charges against Gary Jones, the former UAW president.

Jones is the 14th defendant announced in connection with the corruption probe, and the highest-ranking member to be charged.

"These improper expenses were completely unrelated to union business," Schneider said. "Mr. Jones and his cohorts covered up their scheme through fake vouchers and false receipts. They've repeatedly lied to the UAW accounting staff by disguising their luxuries as payments to outside vendors, or meals for UAW officials." 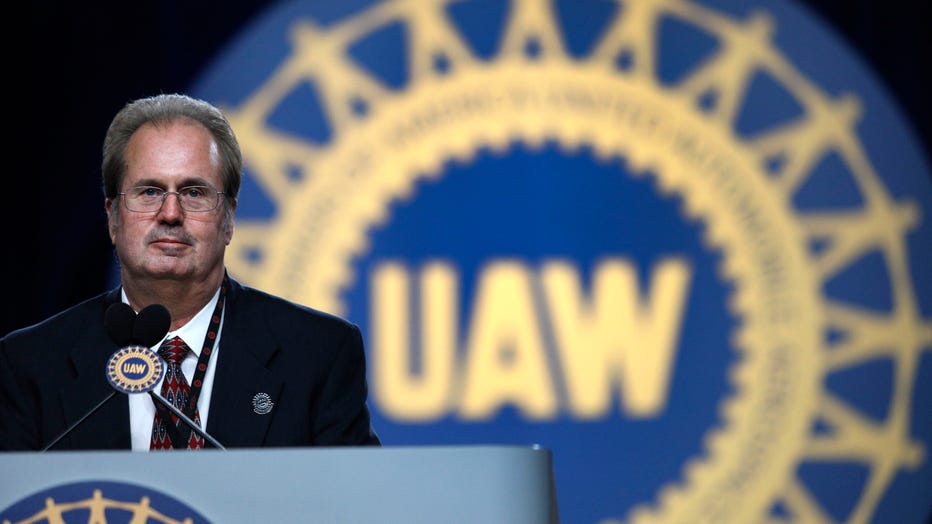 DETROIT, MI-JUNE 14: Gary Jones, the newly-elected President of the United Auto Workers (UAW), addresses the 37th UAW Constitutional Convention June14, 2018 at Cobo Center in Detroit, Michigan. Jones was formerly the Director of UAW Region 5. The out

Charges against Jones one count of conspiracy to embezzle union funds, one count of aiding racketeering, and one count of defrauding the U.S. by failing to pay taxes over $1 million.

"The charges against Gary Jones are offensive to the hardworking men and women of the UAW and they are offensive to those of us who believe the important contribution that unions make to the livelihood of their members," said FBI Detroit Special Agent Steven Dantuono.

While Schneider emphasized that Jones is innocent until proven guilty, there are signs pointing a guilty plea is likely.

Both Pearson and Robinson have already pleaded guilty to similar charges.

RELATED: UAW president Gary Jones resigns as union moves to expel him and one other

"I stand before you today because of greed, pure and simple greed of several men in positions of power," Dantuono said. "...it is also the 14th time we've been asked to come up with words to express our collective disgust at the illegal conduct of automotive executives and union officials."

Jones quit his post in November 2019 after the FBI's corruption probe expanded operations and netted high ranking officials as it did.