Michigan-based Pfizer says a fourth COVID-19 vaccine is likely in the coming months and is already a few months away from having it ready. Doctors say this is very similar to the flu vaccine and how it changes every year.

SOUTHFIELD, Mich. (FOX 2) - Get ready to roll up your sleeves again for another Covid shot as another booster is expected to be ready in a few months to fight the much more contagious omicron variant.

Pfizer's CEO says another vaccine to target the omicron variant will be ready in March, and it's a move that many in the medical community support, including Dr. Matthew Sims from Beaumont Health who says this isn't different from what scientists and doctors already do with the flu vaccine.

"There’s a limit to how much boosting is really going to help," Dr. Sims said. "It might just be better to say now is the time to make a newer version update vaccine, so it covers the new strain. We do that with vaccines all the time we do that with flu every year."

The race to produce a new vaccine comes as states are receiving initial shipments of the Covid pill, an oral medication available only by prescription to treat coronavirus. Just last week, Michigan received its first shipment.

"The data says if you take it early enough within 3 to 5 days of symptoms, it reduces the chance of being admitted to the hospital by 88%," Dr. Sims said.

But this isn't th magic pill. Dr. Sims said they don't have nearly enough supply to go around.

"We just don’t have enough of it to go around I don’t expect for it to make a major impact right this second," Dr. Sims said.

Another variant, IHU, has been identified in France but Dr. Sims said it doesn't appear to be as contagious as omicron, even though it's been around for longer.

"It also has a lot of mutations similar to omicron, but it doesn’t seem to be as contagious as omicron," Dr. Sims said. 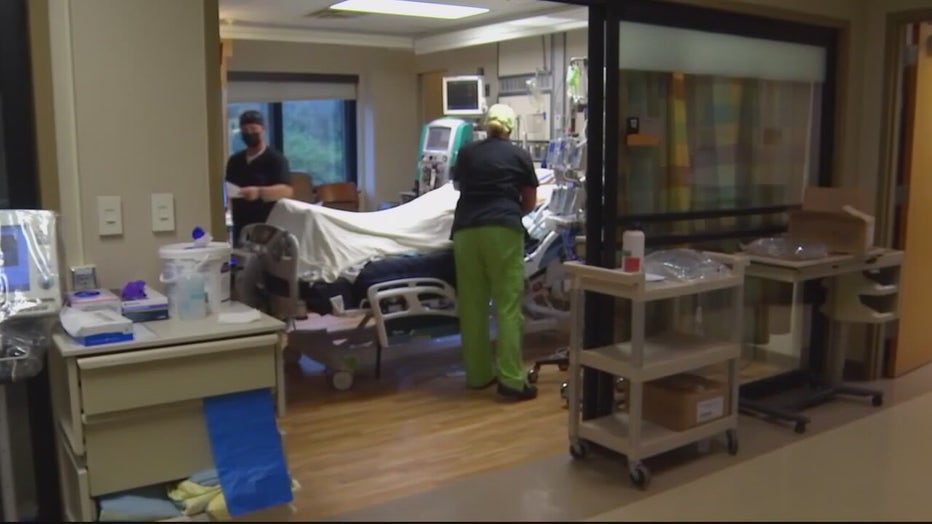 As for the state's growing infection rate, the actual number of people infected is likely much higher than what the state reports as positive home test kits are not reported to the state.

"We are significantly underestimating the amount of Covid (cases),' Dr. Sims said. "So anyone who's positive based on an at-home kit is not in the numbers. So there's probably even more omicron out there than we realize."

The Centers for Disease Control and Prevention has adjusted its recommended quarantine period for asymptomatic cases in an effort to better reflect the contagiousness of COVID-19's new mutations.

But these changes, which were adopted by the Michigan health department in December, also show the trouble that health officials have with communicating the best advice.

"The pandemic is changing faster than the messaging," Sims said.

RELATED: How long do you need to isolate? CDC updates recommendations

The CDC's new guidance were released around Christmas - a time period when not everyone may have been watching the news. Many might have already returned to their homes for the holidays. How long symptomatic people isolate? If an asymptomatic person still tests positive after the five-day quarantine period, should they continue to self-isolate? What if two tests show two different results?