Fewer gunshots are being fired during road rage incidents. While that’s good news, police are now seeing something new.

DETROIT (FOX 2) - The road rage problem is still there, but part of it has gotten better. Before the pandemic, Michigan State Police handled three road rage incidents a week - then the pandemic started.

That’s when state police were seeing three to four incidents not a week, but every day.

"I like to bring up the one on the Southfield freeway all the time - three in the afternoon, somebody not only shoots a car - but also stops, backs up, and shoots at it again," said 1st Lt. Mike Shaw.

It’s sometimes hard to find but looking at the numbers, but there’s some good news.  The road rage gunfire incidents have actually started leveling off.

"We’ve kind of tapered down," Shaw said. "Good news in terms of actual, like gunshots being involved and actually people shooting at each other because of road rage.

"But of course there is a bad news side to the story, we probably average between three to six road rage reports in a day, coming in from different people, some of them involve just appointing of a gun, some of them are throwing things at other people."

One man stopped on the Lodge for going close to 100 miles an hour, doesn’t just resist police. He taunts them. Most of the exchange is peppered with swearing which is on the rise.

"Some of the conversations that they have, are just amazing to me," Shaw said. "I’ve been doing this for 26 years as a trooper and 11 as a military policeman in the Army, society needs a little bit of help right now."

The shootings they are seeing on the highway the last three months have mostly been tied to ongoing fights where the people knew each other.  The random ones we saw months ago are simmering down.  Sometimes it’s not gunfire - but lipstick.

"We had a lady empty her entire make-up case on somebody else, driving down the freeway, throwing it at the other cars," Shaw said. "We've seen some crazy stuff in the last couple of years." 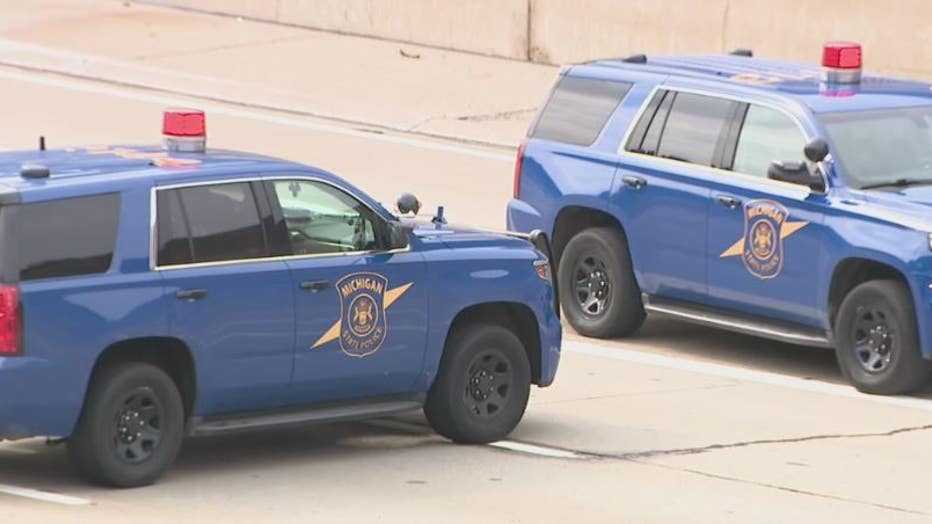