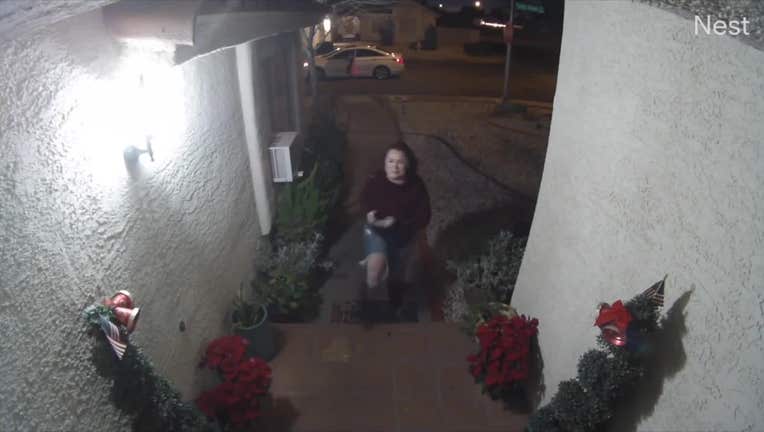 LAS VEGAS - Disturbing video showed a man chasing a terrified woman, attacking her and then dragging her back into a car.

The Las Vegas Metropolitan Police reportedly have found the victim safe and made an arrest in the kidnapping caught on a dramatic and disturbing home surveillance video.

According to police, officers responded to a residence near Warm Springs Road and I-215 at 12:48 a.m. after a resident captured what appeared to be an in-progress kidnapping.

The video shows a woman running from a white sedan up a sidewalk and banging on the door of a home, apparently seeking help.

Disturbing footage shows a man chasing a woman, attacking her, and dragging her into a car. Credit: Las Vegas Metropolitan Police via Storyful

A man can be seen getting out of the car and chasing after her. The clip shows the man throwing her to the ground and kicking her before taking her back to the car while she screams for help.

On Thursday, KVVU reported that they took the suspect into custody earlier in the day.  He faces kidnapping and domestic battery charges, according to the news outlet.