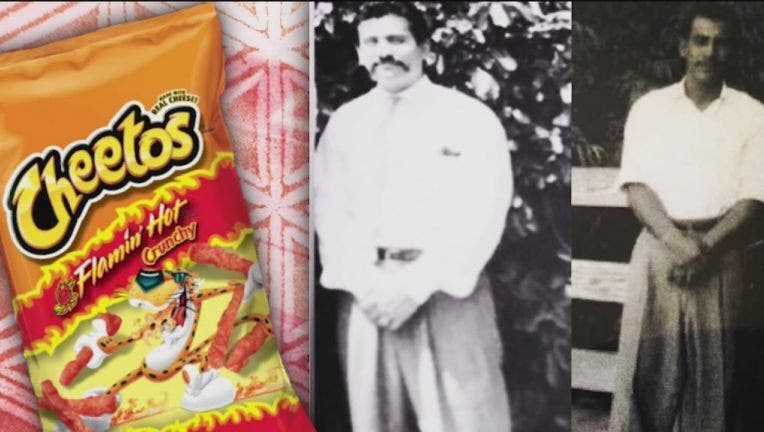 CORONA, Calif. - Frito-Lay says there is no evidence to support the "urban legend" about the Corona man who claimed to have created the popular Flamin’ Hot Cheetos.

Frito-Lay says Richard Montanez, the man who claimed to have invented Hot Cheetos, fabricated his story and that the popular snack was developed by a team in Texas.

Richard Montañez said he started off as a janitor and ended up an executive after he pitched his spicy flavor idea to company chief executives. He shared his story with FOX 11’s Rita Garcia in October 2020.

RELATED: From Janitor to Executive: Meet the creator of Flamin' Hot Cheetos

In the interview, Montañez said he recently retired from PepsiCo following a decades-long career after coming up with the billion-dollar product and was working on other projects.

Frito-Lay says there is no evidence to support the "urban legend" about the Corona man who claimed to have created the popular Flamin’ Hot Cheetos.

Frito-Lay became a subsidiary of PepsiCo in 1965.

However, over the weekend, the Los Angeles Times reported Richard Montañez fabricated key parts of his story.

According to the newspaper, several employees were quoted saying he had nothing to do with Flamin’ Hot Cheetos and that the company did an internal investigation that revealed Montañez was not part of the development of the popular snack.

"None of our records show that Richard was involved in any capacity in the Flamin’ Hot test market," Frito-Lay said in a statement. "That doesn’t mean we don’t celebrate Richard but the facts do not support the urban legend."

Instead, the company said Flamin' Hot Cheetos were developed by a team in Texas in 1989. 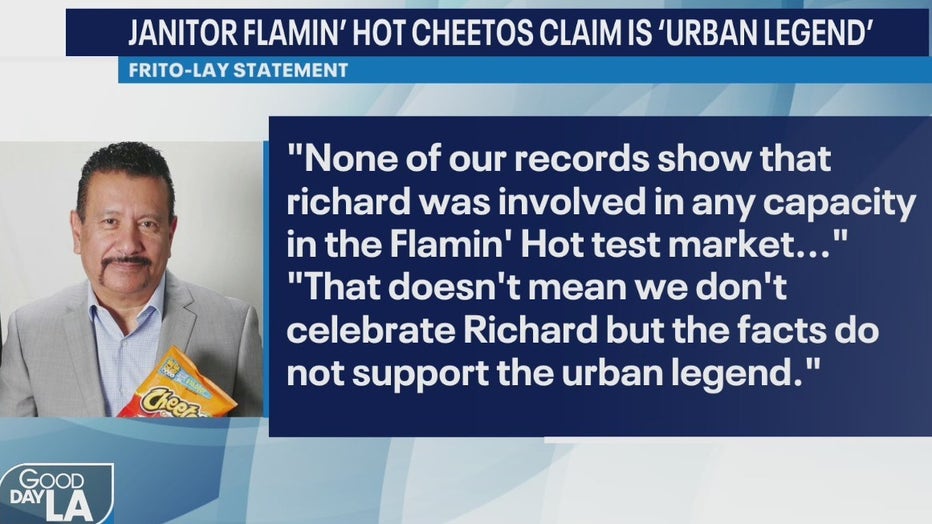 "I was their greatest ambassador…but I will say this, you’re going to love your company more than they will ever love you, keep that in perspective," he told his Instagram followers in response to the LA Times report.

Montañez has written two books about his rags to riches story. His second is set to be released in June.

He is a motivational speaker and a biopic directed by Eva Longoria called "Flamin’ Hot," is in the works.

So far, he has not responded to FOX 11’s request for comment.