SOUTH LYON, Mich. - For South Lyon native Andrew Plave, it was a sweet celebration three years in the making - and the cheers started as soon as their job was complete.

Andrew Plave grew up in rural South Lyon, but recently he's found his work taking him to other horizons. This time, it's Mars, where NASA's Jet Propulsion Lab just successfully landed a rover in search for alien life.

Plave, a member of the Jet Propulsion Lab was part of last week's historic achievement of landing NASA's rover on Mars.

"It was pretty surreal. This is my first landing so it had more of a feeling of 'I was a part of this from the beginning' and it definitely was more rewarding watching it land," said Plave.

Plave is a systems engineer for the space exploration agency. Currently, he's based in California where the JPL operates. But before his employment and before his college graduation from the University of Michigan in 2016, he was his high school valedictorian.

"I never would have thought growing up in rural South Lyon that I would be out in Pasadena working for NASA but it just adds to the journey," he said. "God opened the right doors for me and I’m super blessed."

The doors didn't open up immediately. He had to show perseverance when he was applying. The JPL rejected his application "so many times." But after enough effort, a job opportunity opened up.

NASA's rover Perseverance is now sending back data and looking for signs of ancient life on the red planet. 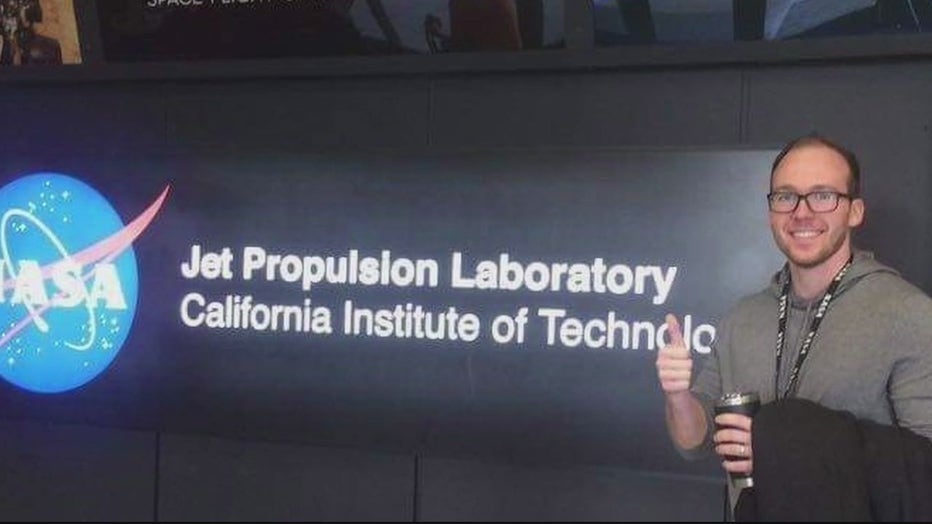 Andrew Plave is a system's engineer at NASA's Jet Propulsion Lab in California. He helped land the space agency's new rover on Mars.

"It’s kind of like a newborn baby - the rover -so you need to constantly watch it make sure everything's healthy, everything is working because so much time and money and science is riding on this mission," he said.

By our hometown hero's estimation, everything is working just as it should. That milestone feels all the more special considering the age of the engineers behind the project.

"This is the youngest group of engineers working on such an ambitious project that they’ve had maybe ever. From what I’m seeing, everyone’s crushing it - it’s super cool to be a part of it."