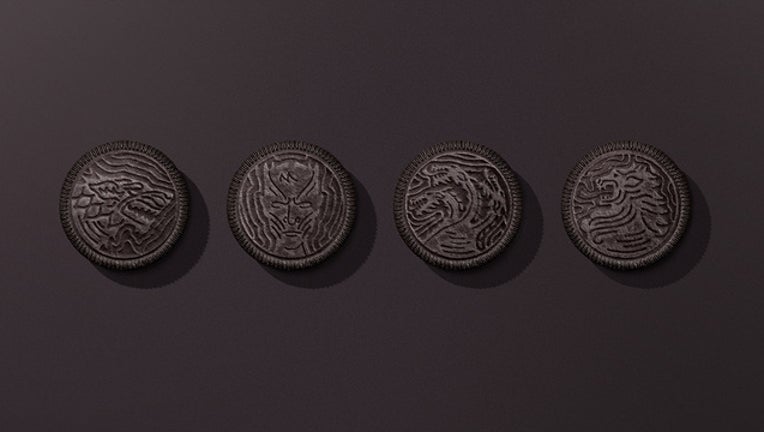 The final season of HBO’s hit show, Game of Thrones, debuts on April 14, and the company behind Oreo is stepping up its game. Starting on April 8, the cookie will feature four embossments highlighting those who are battling for the prized “Iron Throne” in the fantasy-themed show.

If you’re a Game of Thrones fan, you’ll understand. Fans can pledge their loyalty to the House Lannister, House Targaryen, House Stark or The Night King, and receive a special treat for participating. Those pledges can be made by posting an image of their Oreo cookie choice on social media and the hashtags, #GameofCookies or #ForTheThrone.

Also, Oreo and HBO collaborated with the creators of the Game of Thrones opening sequence to conceive an Oreo version. They said it features an animated landscape made of 2,750 Oreo cookes. It can be viewed here.