GARDEN CITY, Mich. (FOX 2) - Outrage is growing on a Garden City Facebook page after neighbors say a Labradoodle has been left outside all winter.

FOX 2 went to the home in question near Ford Road and Middle Belt where we found the timid black dog on the back porch and roaming around the backyard.

Dog left outside all winter has residents outraged in Garden City

Jordan Duncan lives just a few doors down and is a fellow dog owner. He says there is no excuse.

"I don't think you should have a dog if that's what you're going to do to it," he said. "I'm glad someone called, I didn't notice it but if I did, I would have done the same thing."

A neighbor who didn't want to go on camera says he spoke with the owners two weeks ago. He says the husband, who is a pastor at the Bible Holiness Church, planned to rehome the dog. But his wife wanted to keep it.

The neighbor then says he was told the dog is an "outside dog" and was living in the garage even when the temperatures dropped.

"It's horrible. Just taking my kids to school, I'm only out five minutes and I can't wait to get in the house," Duncan said. "And I know animals have fur but they're cold too. My dog wants to come outside and she wants to come right back in. I can’t imagine leaving them out for an extended period of time."

The neighbor says he called police who came out Monday night, but he saw the dog outside again the next day.

We knocked on the owner's door and went to the church near their home looking for answers but nobody answered.

Meanwhile, Duncan, who is also a pastor, is frustrated. 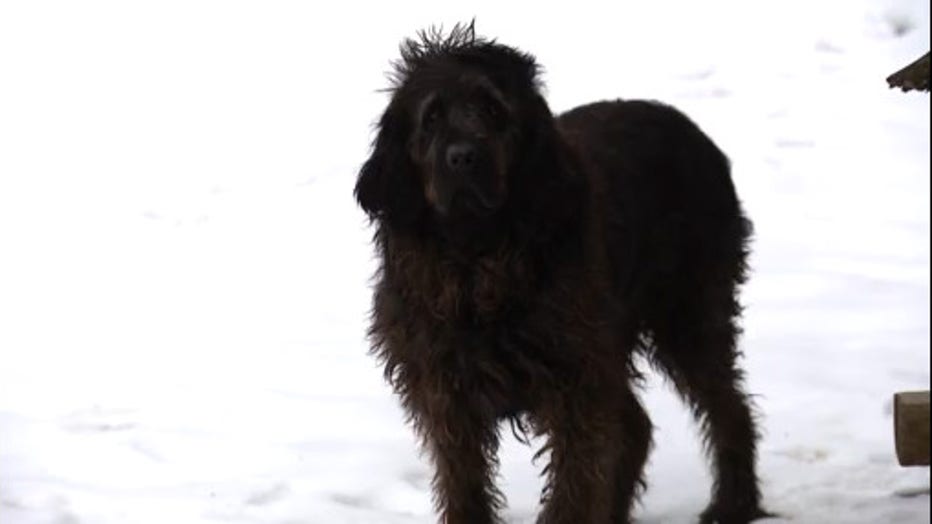 "My Christian faith tells me to love my neighbors not just my human neighbors," he said. "I think it is our responsibility to love all animals, all of God's creations and take care of, what we can take care of."

While FOX 2 was there, a local rescue pulled up who also saw what was going on. They said they are working to make contact with the owners and see if there is any way they can help.