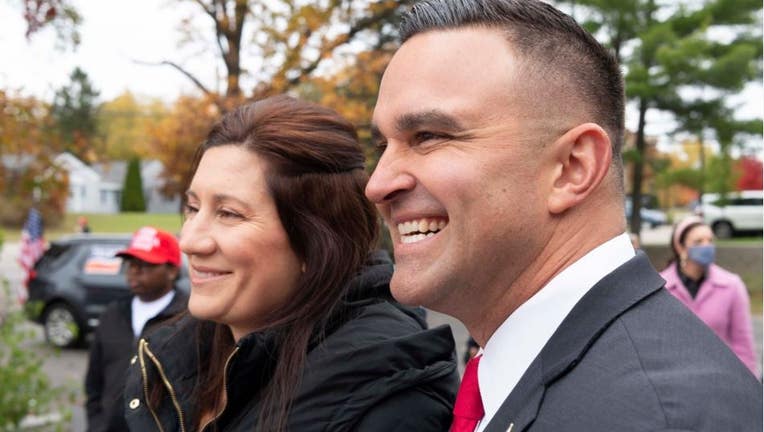 Soldano, who launched his campaign in April after helping to lead a ballot drive to repeal a law she used to issue coronavirus restrictions, on Monday reported spending $250,000 as of last week, leaving him with $375,000 on hand with just over a year until the primary. Whitmer had $10.7 million in the bank after collecting $8.6 million since the start of 2021, a record for a gubernatorial candidate in a non-election year.

She was able to raise millions more than normal — including $250,000 each from billionaire Illinois Gov. JB Pritzker and two billionaire members of the Stryker family — because of longshot attempts to recall her from office. A decades-old state ruling lets officeholders raise unlimited amounts to defend against a recall.

Her campaign spokesman, Mark Fisk, said if funds exceeding the $7,150 per-person limit are not used to fight a recall, they can legally be transferred to another account. He mentioned the Michigan Democratic Party as an example.

"We’re humbled by the vast support we’ve received from so many Michiganders," Soldano said in a statement previewing his numbers last week. It was issued the same day former Detroit Police Chief James Craig formed a candidate committee allowing him to raise and spend money and said he likely would formally enter the race after Labor Day. His initial campaign-finance report is due in the fall.

"The party bosses think they get to decide who the next Republican nominee for governor will be, but they’re wrong — that’s up to we the people," Soldano said.

Tudor Dixon of Norton Shores, the co-host of a conservative online news show, raised $132,000 since May and had $87,000 on hand. Ryan Kelley, an Ottawa County real estate broker who organized protests against the governor’s COVID-19 orders, raised $35,000 since January and had $17,000.

Other candidates raised nominal amounts or did not file reports, which is allowed if they receive or spend no more than $1,000.

Additional contenders could join the field.

An adviser to businessman Kevin Rinke, who has run Detroit-area car dealerships, a post-acute brain injury rehabilitation group and most recently has been a private investor, said he is doing "due diligence."

Fisk said Whitmer’s reelection campaign is in a heathy position.

"This unprecedented fundraising achievement is even more remarkable given the early and unprecedented attacks from national groups, special interests and other extremists spending over $1 million on ads trying to distort the governor’s record and lie to the people of Michigan," he said.