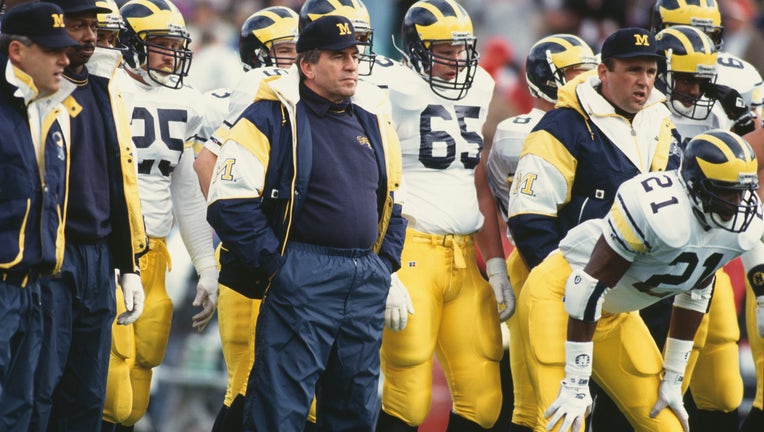 Gary Moeller, Head Coach for the University of Michigan Wolverines on the sideline during the NCAA Big Ten conference college football game against the University of Wisconsin Badgers on 30th October 1993 at the Camp Randall Stadium in Madison, Wisco

The University of Michigan announced his death, and no cause was provided.

Moeller was promoted from offensive coordinator to head coach in 1990 and coached the school's second Heisman Trophy winner, Desmond Howard in 1991.

"Gary Moeller was a great family man, great friend, great coach, and a man of integrity and high character," Lloyd Carr, who succeeded Moeller as Michigan's coach, said in a statement. "I admired him, I respected him and I loved him."

The two-time Big Ten coach of the year won a conference championship in each of his first three years and had four bowl victories, including the 1993 Rose Bowl over Washington.

Moeller bounced back in his personal and professional life, becoming tight ends coach for the Cincinnati Bengals that same year. He went on to lead the Lions' linebackers and was their interim coach in 2000 after Bobby Ross quit midway through the season.

Moeller was 4-3 as Detroit's interim coach and was perhaps a missed kick away from keeping his job. He was fired after

"He also suffered bad breaks, and poor timing in his career," former Michigan player and broadcaster Jim Brandstatter said. "But, you never heard Gary Moeller complain or make excuses. He was a class act. He was a good man."

The Jacksonville Jaguars hired Moeller to be their defensive coordinator in 2001 and he later coached the Bears' linebackers for two seasons.

Moeller, who was from Lima, Ohio, played linebacker and was a captain for Woody Hayes at Ohio State. He was an assistant for Schembechler at Miami (Ohio) and joined him on his first staff at Michigan in 1969. 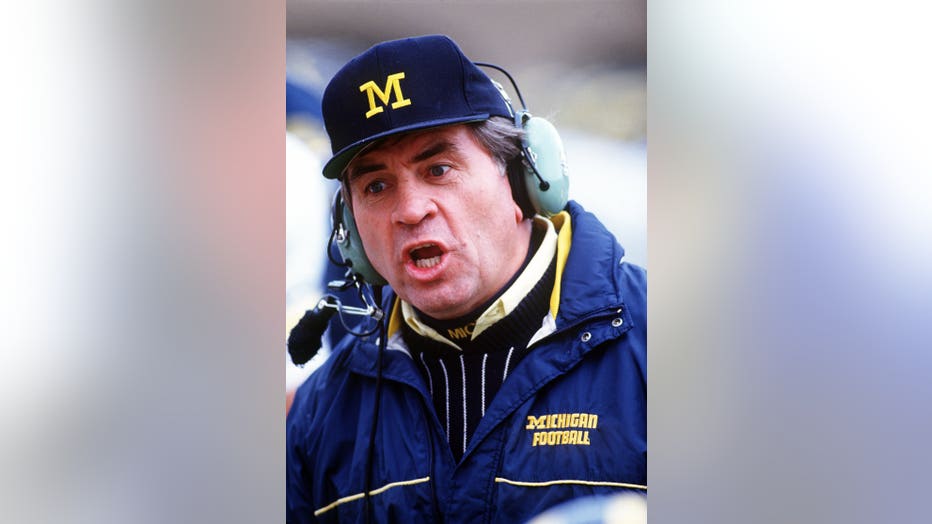 7 Nov 1992: MICHIGAN HEAD COACH GARY MOELLER ON THE SIDELINE DURING THE WOLVERINES 40-7 VICTORY OVER THE NORTHWESTERN WILDCATS AT DYCHE STADIUM IN EVANSTON, ILLINOIS.

Moeller struggled in his first head coaching job, going 6-24-3 from 1977 to 1979 at Illinois. He returned to work for Schembechler and later made a successful transition to coaching offense and became an innovative coordinator.

With a relatively wide-open approach and willingness to throw the ball as head coach, he helped Howard win the Heisman Trophy in 1991 during a stretch in which the Wolverines set a Big Ten record by winning 19 straight conference games.

"He was one of the giants in modern football history at Michigan," Brandstatter said.

He is survived by his wife, Ann, their daughters, Susan, Amy and Molly, and their son, Andy, who was a linebacker and captain for the Wolverines and an assistant coach for the Cleveland Browns. 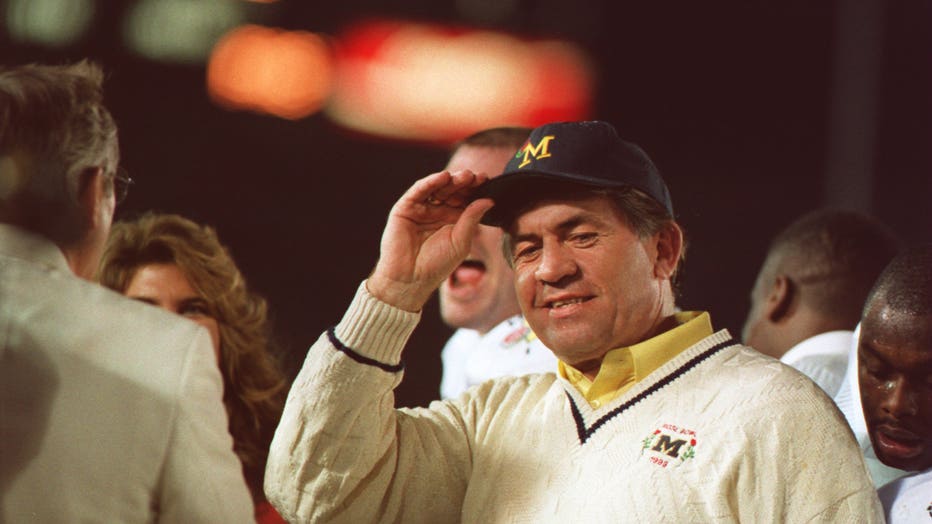