DETROIT - A mom and a 5-year-old girl died in an apartment fire Tuesday night that the Detroit Fire Department says intentionally set. But the death toll could have been worse if weren't for a 10-year-old who is being credited with saving several lives with what she learned on YouTube.

A mother and her 5-year-old daughter were both killed in the fire Tuesday night in on Brace Street, near Southfield Road and W Chicago. Detroit Deputy Fire Commissioner Dave Fornell originally said the run came in as a fire on the stove in the apartment.

According to Fornell, the fire has been determined to be arson and one person is in custody.

That person hasn't been identified but charges are pending.

But 10-year-old Christina Walton used something she learned online to help save lives.

All told, seven families inside the apartment scrambled for their lives.

"My mom was pulling me out, to save me," Christina said.

She remembered watching a YouTube video just a week earlier about how to save someone in a fire.

"I helped some people, because the flames were coming up and it was hard to breathe, and I took my shirt and I (put it over my face) and I ducked down. And the flames were just coming," she said.

But not everybody made it out alive. And that breaks Christina's heart.

"The people next door to us were asleep and they couldn't hear us," she said.

Star Milligan and her 5-year-old daughter, Mylah, both died. Star's 7-year-old son is in critical condition.

Detroit police, The Red Cross, Detroit Police Chaplains who are all volunteers, and Councilman Gabe Leland’s office all worked together to find shelter and food for the seven families that lost everything. That includes Christina's family - her mom, dad and two brothers - who now have nothing. 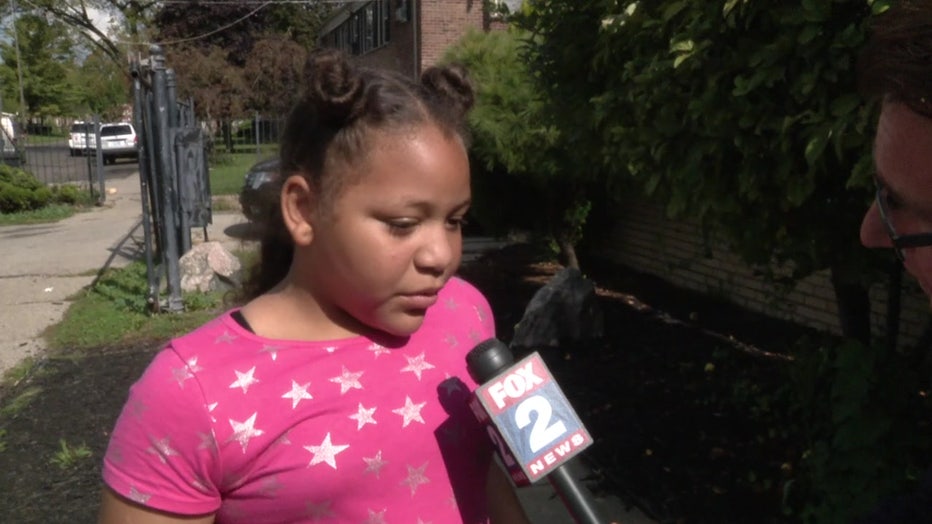