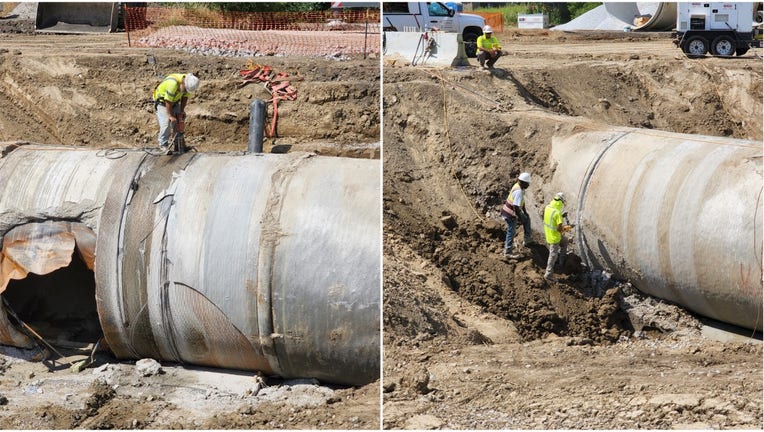 The GLWA said system pressures have stabilized, and water quality testing has been completed and met regulations within the regional transmission and local distribution system.

The communities that had the advisory should still take advised steps before using their water.

The Precautionary Boil Water Advisory has been lifted from these 7 communities:

The advisory has also been lifted for the industrial park in Romeo that was impacted. One business in Greenwood remains under the Precautionary Boil Water Advisory.

The GLWA recommends the 7 communities follow these steps before using their water:

The line break site is still being worked on and is still expected to be repaired in three weeks (by September 3). The damaged part of the pipe is being removed this weekend and the new pipe will be delivered on Tuesday, August 23.

The GLWA said if there's another significant pressure drop during the repair, another Boil Water Advisory could be issued.

Outdoor water usage should still be limited in the 23 initially impacted communities.

The cause of the break is still under investigation.