DETROIT (AP) - Only two weeks of a lengthy strike against General Motors took place in the third quarter, but that was enough to dent the company's net profit by about $1 billion.

GM's third-quarter net income fell 7% as a strike by the United Auto Workers union brought its U.S. factories to a standstill.

The Detroit automaker still made $2.35 billion, or $1.60 per share, but the strike cost it 52 cents per share of earnings.

Most of the impact from the 40-day strike will hit in the fourth quarter, and GM said Tuesday that it will wind up costing the company $2.86 billion in profits for the full year.

Excluding one-time restructuring costs, the company made $1.72 per share, beating Wall Street estimates of $1.38, according to data provider FactSet.

The 49,000 workers, who ended their strike on Friday, were able to win a mix of pay raises and lump sum payments. They also got an $11,000-per-worker signing bonus, faster pay raises for newly hired employees and a path to full-time work for temporary workers. Workers kept their top-notch health insurance, with workers picking up only a 3% of the cost. 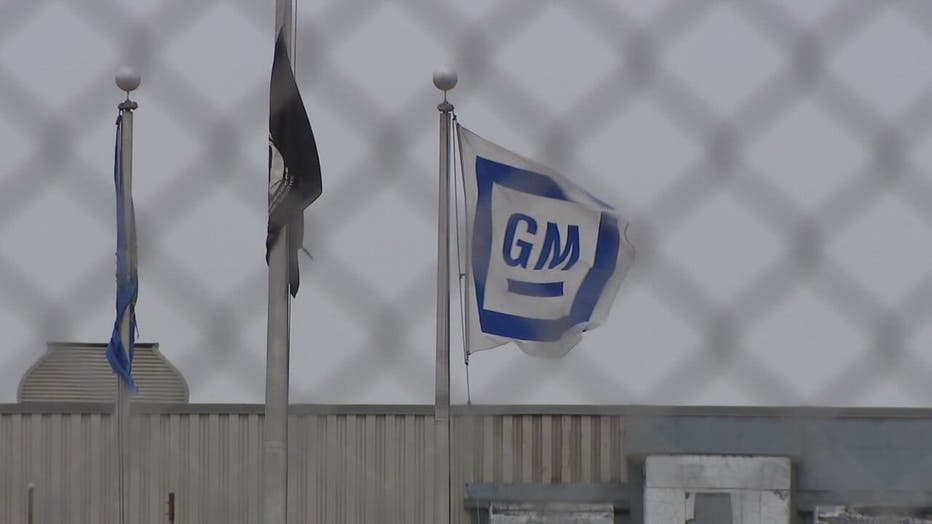 In exchange, GM locked down significant cost savings because it was able to close three underused factories that made cars and transmissions. The company is closing factories in Lordstown, Ohio; Warren, Michigan; and another near Baltimore.

Because of the strike, which began Sept. 16, 300,000 GM vehicles never made it off the factory floor, Chief Financial Officer Dhivya Suryadevara told reporters Tuesday. The company will try to make up some of the lost production, but it won't be able to recapture any of the lost production of trucks and full-size SUVs because factories already were running at full capacity before the strike to meet demand, she said.

Before the strike, GM had said its restructuring efforts, including four plant closures, would save it $4.5 billion on an annual basis. But in bargaining, GM agreed to keep a factory in Detroit open to build electric trucks. So the company revised its savings number to a range of $4 billion to $4.5 billion.

"Our plan is to offset the incremental costs (of the contract) with ongoing productivity and efficiency efforts," Suryadevara said.

On a conference call with industry analysts, CEO Mary Barra said that during the next five years, GM expects to spend more of its capital dollars on vehicles powered by electricity than those run by internal combustion engines.

She said the UAW contract doesn't place any limits on electric vehicles that can be built. Union officials are worried that it will take fewer workers to build electric cars, but Barra said that change is years into the future.

GM plans to develop 20 electric models that it plans to sell worldwide by 2023, a step toward building an "all-electric future" for the company.

Fully electric vehicles make up about 1.5% of U.S. new vehicle sales, and the LMC Automotive consulting firm predicts it will rise to only 7.5% by 2030.

"The underlying business was strong this quarter," Suryadevara said, adding that GM still was able to make a pretax profit in North America due to the strength of its pickup truck and SUV sales.

GM's net profit declined even though sales jumped 6.3% in the U.S., the company's most profitable market. The average sales price rose 2.8% to $41,661 per vehicle compared with a year ago, according to the Edmunds.com auto pricing site. Edmunds provides content to The Associated Press.

Light trucks, including SUVs, accounted for just over 88% of GM's sales during the third quarter. Pickup truck sales rose in the 14% in the quarter, the first quarterly increase of the year.

GM was able to make up for the strike losses with restructuring savings and a gain in market share from its new heavy-duty pickups, said Edward Jones Industrials analyst Jeff Windau.

Shares rose, he said, because investors are looking GM's lower guidance as a one-time event, and focusing on fundamentals of the business, he said.

"By the results from this quarter, we can see they're doing a very nice job operationally" Windau said.