FOX 2 - "We've never seen anything like the entire industry shut down world-wide in literally, a matter of weeks," said John McElroy, Autoline Daily.

Auto analysts like McElroy are watching the industry get back to work from China to Europe, as production begins to re-start.

Auto industry getting plans in place for social distancing at plants

But some UAW workers have already been back voluntarily to make medical equipment. Temperatures are taken, social distancing is enforced and work stations are disinfected at the beginning and the end of shifts. The shifts have been staggered and different shifts are using different doors.

These steps will likely be in place when they begin making cars once again.

"What everybody is hoping, is that they'll be able to stop somebody who may come in with an infection - particularly those asymptomatic people from spreading it across the assembly line," said Paul Eisenstein.

"The one, good part of this if you will, is sales are slow and there's a lot of inventory in dealerships," said Eisenstein of the Detroit Bureau. "So the industry can take its time ramping up and focusing on safety." 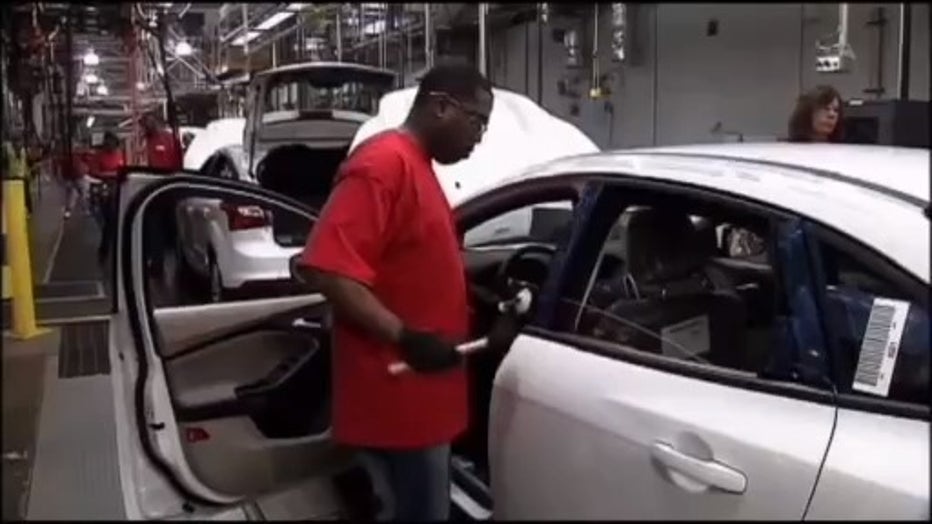 But how much time does it have? Sales in April did not collapse as badly as expected, but it's still not good.

"It's only down 45 percent through April 19th," he said. "That's still worse than what we saw during the great recession."

At this point the UAW says no start date has been announced.