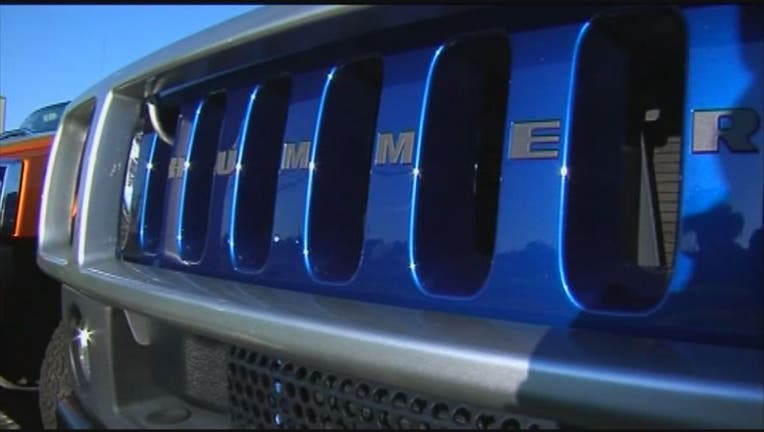 DETROIT (FOX 2) - The Hummer is making a comeback, in an eco-friendly kind of way. General Motors announced Thursday plans for an all battery-powered pickup truck, called the Hummer EV.

The electric, zero emissions car will be built in Michigan at the Detroit-Hamtramck assembly plant, where GM recently announced its plans to spend $2.2 billion to refurbish the underused factory.

The new design won't be revealed until May, but it looks like we'll get a sneak peek during the Super Bowl.

A 30-second commercial featuring basketball star Lebron James is scheduled to air during the second quarter to show off GMC's all-electric super truck. At least part of the new Hummer will be shown.

The ad is called 'Quiet Revolution.'

General Motors hasn't given many details about the Hummer EV except to say it will have 1,000 horsepower, 11,500 lbs. of torque and will be able to go from zero to 60 mph in three seconds.

Details about the price or the battery life haven't been released.

The Detroit-Hamtramck plant will eventually employ 2,200 people and will start building an electric pick up late in 2021, the first of several electric vehicles to be built at the plant. It will be followed by a self-driving shuttle for GM's Cruise autonomous vehicle unit.

In November 2018, GM announced plans to close that factory and three others in the U.S. But the company promised to reopen Detroit-Hamtramck during last fall's contentious contract negotiations with the United Auto Workers union.