FOX 2 - It's been five months since PowerHome Solar - known as Pink Energy - landed in the Hall of Shame. Now the company's CEO Jayson Waller says the company has been flooded with thousands of complaints.

During the initial investigation, Waller said he was going to sit down and talk about the issues but his public relations people talked him out of it. But that is five months ago. Now, it's time.

Waller is the CEO and founder of PowerHome Solar - since renamed Pink Energy - and admits his company was worth $1 billion at the beginning of the year but now is worth half that. Because of that, he says he's had to close offices and lay off employees.

If you don't remember the April story, here's a refresher: his salespeople were caught on undercover cameras lying about the company.

Now, he's currently under investigation by the Michigan Attorney General's office for alleged violations of the Michigan Consumer Protection Act.

But he says it's not his fault. He says he's not the villain.

"I'm not the villain," he said. "The villain here is Generac." 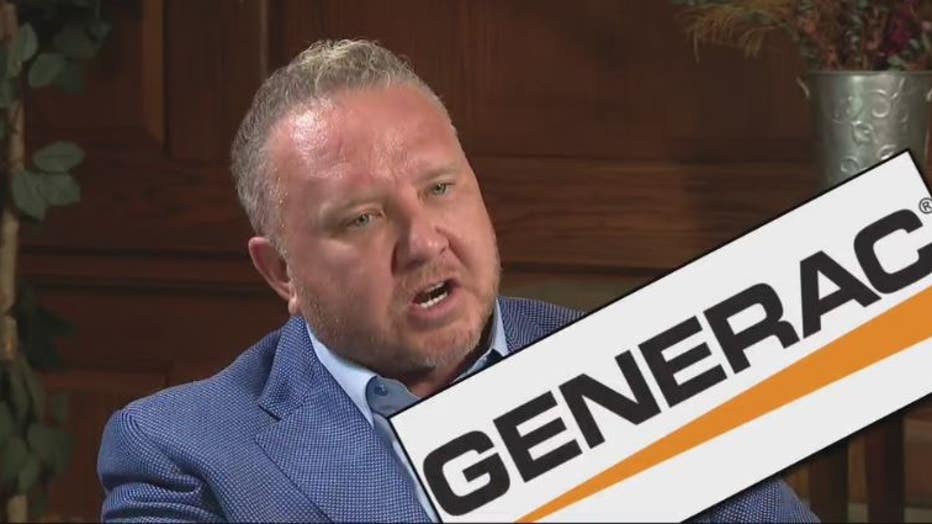 Waller has been promising a sit-down for months and, after our story aired, he said he didn't like it much.

Customers also said they weren't saving much money - if any - off of their electric bills. On top of that, they had to pay for the solar panels and system Waller's company sold them.

Leigh was told in 2021 that she could "own her own power." Instead, she's paying DTE and is paying her loan off.

During our sitdown with Waller, he said the way the sales workers pitched the company wasn't right.

"I was appalled by how the sales reps carried themselves in the video," he said.

Three separate salespeople were on camera. One of whom, Paul, hit a vape pen during his sales pitch and then promises a government rebate check for the $80,000 system.

"The federal government is going to pick up 26% of your gross total system cost. All right. So that is in the form of a check," Paul said.

Salesman Sanjeet did the same thing, saying the customer would get $15,000 back.

But customers we talked to never got the checks promised.

"It's absolutely false. Everything they tell you is an absolute lie," said Jeremy.

Salesperson Dave Dave said that cloudy days didn't matter and that he could design a system that would take his customer totally off the DTE grid. 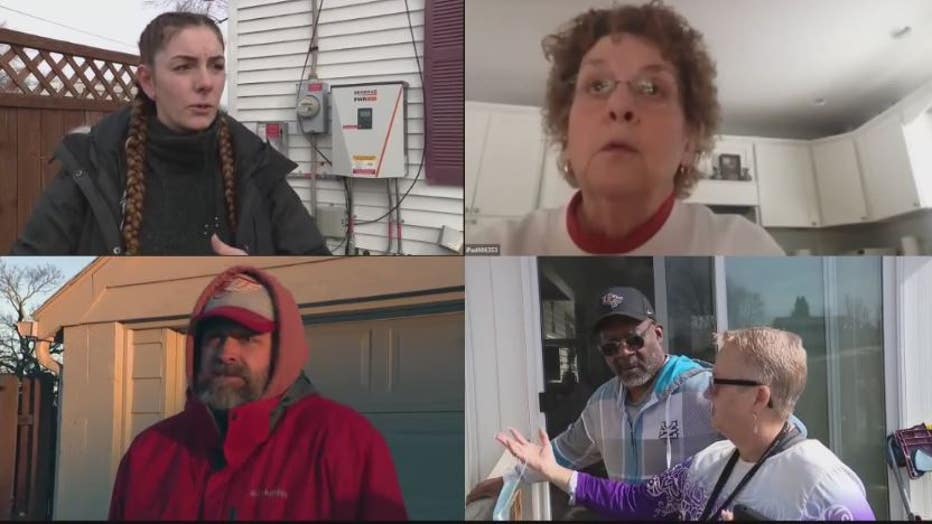 Here are a few upset Pink Energy aka Powerhome Solar customers that spoke to Rob Wolchek.

Wolcheck wasn't the only one who got complaints about Waller. Attorney General Dana Nessel did too and, last month, a judge ruled that probable cause exists to believe that Waller's company violated the Michigan Consumer Protection Act and granted investigators the permission to issue subpoenas.

Waller says that doesn't scare him.

"We're dealing with that in a few other states because of the failure of the Generac failures and the addition of the high rise of complaints. We will get the Michigan AG up to speed just like we have the other AGs," he said.

So let's get into his problem with Generac.

"We were misled, just like they were, from Generac," he said.

Two years ago, PowerHome announced a partnership with Generac. Aside from providing backup solar batteries, they were also providing solar parts - specifically called Snap RS. Around the time our story aired, Waller said he discovered the Snap RS systems were defective.

Video provided by Waller shows Snap RS and how Generac's firmware allegedly was not working correctly.

"Due to the Generac Snap RS firmware updates, when even one of the Snap RS devices fails in a power zone,  the entire power zone is turned off," the video said. "This shows up on the inverter as a PVS lockout error so one can easily see in this illustration, with one out of these 24 Snap RS devices failing, the system is working at 2/3's of its potential."

Waller gave the same story to FOX 5 Atlanta: He paid them $82,000 for a rooftop solar system that doesn't work. They say it's not their fault

"41 percent of people's systems are failing where they have to send firmware and shut it down. That should be a national recall. That's where our customers are the victims here," he said. 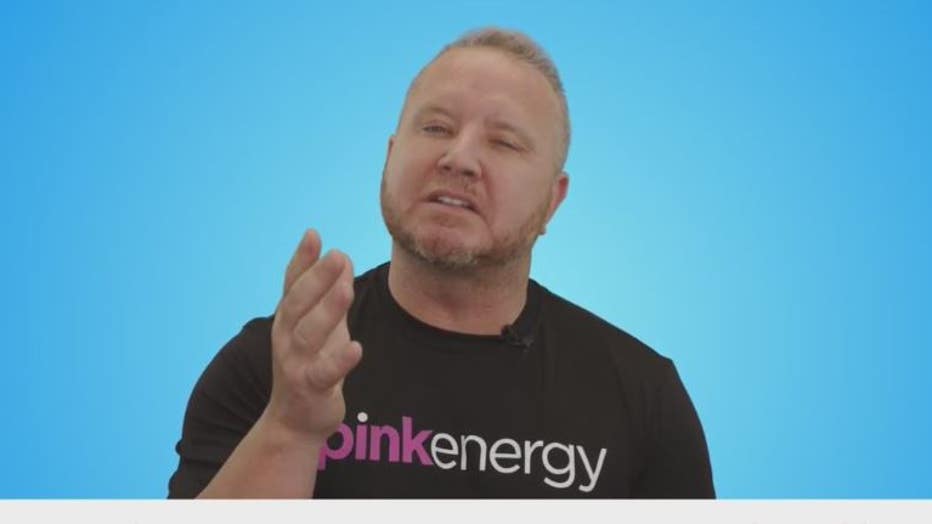 Generac disagrees. In a statement, Director of Marketing, Tami Kou, said this is a distraction:

"We believe Pink Energy may be hoping to distract customers from the many complaints and allegations that reportedly have been leveled against them regarding poor installation and service, as well as public accounts of dubious marketing claims and sales tactics."

You can read the full statement from Generac at the bottom of this page.

It's the marketing claims that the AG says may have violated the Consumer Protection Act. As attorney Mark Frankel explains, the act is made to keep consumers from being taken advantage of.

"To boil it down it's designed to keep businesses from cheating consumers, regardless of how they end up cheating them. The essence is you can't lie to a consumer and get away with it," Frankel said.

In the AG's case, a customer named George was promised after his PowerHome system was installed that his bill would be $15-$20 per month but he's averaging $150 per month in electric bills plus $311 per month for the solar panel system.

That's not different from our story in April.

He's one of 75 complainants the attorney general's office has heard from since 2017 - way before Generac entered the picture.

"This wasn't a Pink Energy problem; this was a rogue sales reps problem," Waller said.

There must be rogue sales reps all over the country because his company has been sued for unfair trade practices in Ohio, Missouri, and North Carolina. After our story aired, he said those sales reps were fired and he's overhauled his sales department and their sales operations.

The sales team which, in 2020, he told Authority Magainze, "I started running the sales department and training reps myself."

So what would lead to these supposed roque claims? The way they were paid. But that's changed, he said.

"At that time they were commission only," Waller said. "They make a salary plus an override of a sale.  Now we can pick a high-level crop of a person who's going to go into a home."

Many of his salespeople appear not to be licensed - which is required by law because PowerHome/Pink Energy is a licensed maintenance and alteration contractor.

So, are they licensed now? His answer is a bit vague. 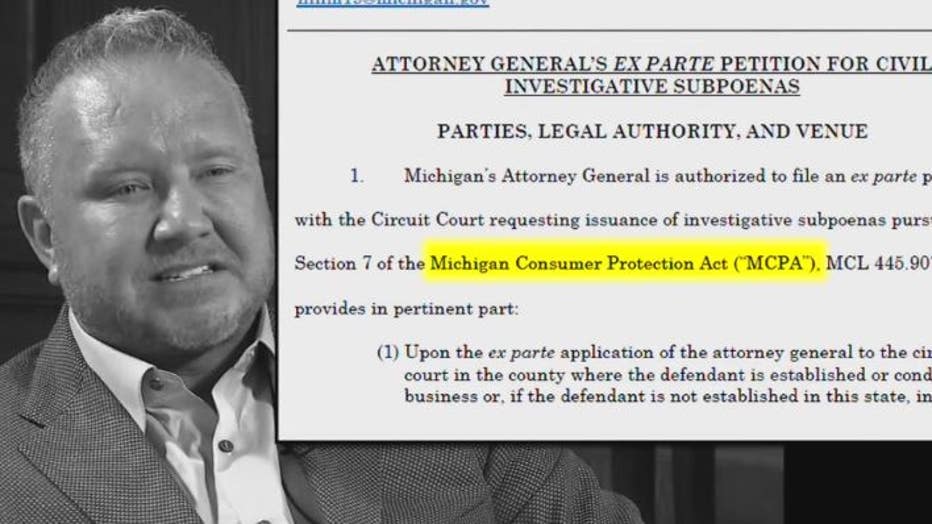 What does that mean? Either they're licensed or they're not.

Back in April, the same week our story aired, PowerHome changed its name to Pink Energy. He admits that change was devastating.

"It looked like 'they've changed their name, they're having these issues., they're hiding.' That's the last thing we did," he said.

Waller said it was just a rebranding move but doesn't mention he was embroiled in a two-year copyright infringement lawsuit with a company called Power Home Remodeling Group which claims PowerHome Solar's webpages even look like theirs.

Then there's Waller himself. The pretty flamboyant guy has a podcast, a book, and lives a high-living high profile life, much to the dismay of customers like Jeremy.

"It infuriates me to see the guy on TV plastered all over the place...living high off the hog on everybody's misery and sorrow," he said.

Waller points the blame at Generac. But the Consumer Protection complaints started way before the deal.

Wolchek:"Do you think you took your eye off the ball as a CEO trying to promote yourself?"

Waller: "No. I was spending maybe an hour, at most, a week on a podcast. The branding of that is just expanding the brand. To help elevate PowerHome. I own that, that's true. But since 2020, with the transition to Generac, we're talking 10,000 plus customers with systems not working, with their systems not producing what they're supposed to with a potential thermal fire at their home. That is the real question here, that has nothing to do with me promoting a podcast, or me promoting a book, that has to do with Generac selling a product out of a box that's not working."

So after the interview with Waller, Rob visited Karen who got her system installed in 2018 before the Generac parts were used. Does her system work as promised?

There are no Generac parts at all - even the supposedly defective Snap RS pieces.

Full statement from Generac regarding the claims of PowerHome/Pink Energy: 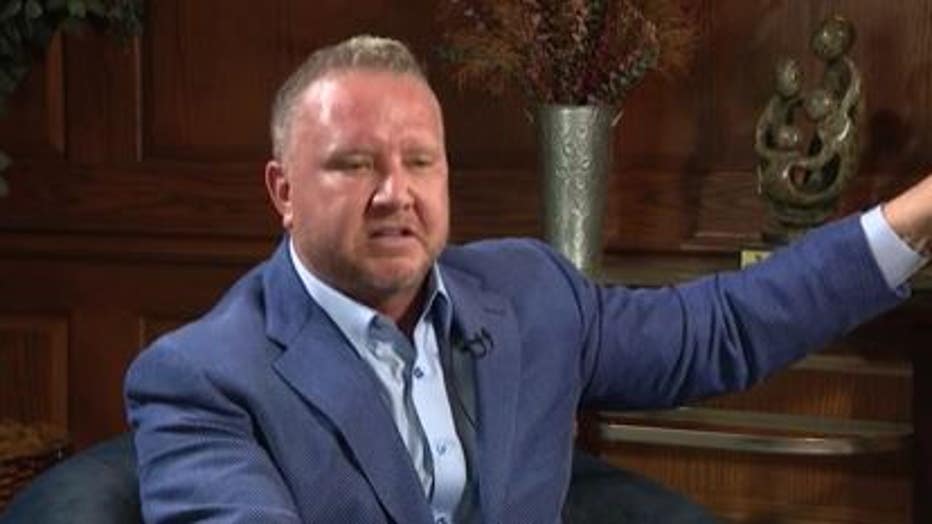 We have taken notice of recent news reports and articles citing customer concerns with Pink Energy’s marketing practices and service support. We expect all our independent dealers and distributors to act with integrity and meet high standards in providing customer services and proper product installation.

Generac is a leading manufacturer of solar + storage solutions, and we sell our products to a wide range of distributors and solar contractors.  We’ve been in business for more than 60 years, and we’ve done that by standing by our promises and products.

In certain situations, especially when product installation guidelines have not been followed, as appears to be the case with some Pink Energy installations, customers may have experienced certain issues with a particular Generac component of their solar energy system – the SnapRS 801 or 801A. We have introduced a new next-generation rapid shutdown device, which has been designed and engineered to the highest reliability standards. We are committed to getting those upgrades and warranty replacements taken care of as quickly as possible and those steps are well underway. It is unfortunate that Pink Energy, as the installer and service provider of such products, has made the unilateral decision to quit offering Generac warranty support despite the availability of parts. Instead of helping expedite the resolution of their customer complaints, they have asked Generac to solely assume this responsibility. Although Pink Energy does not appear to put the needs of these customers first, Generac has – and always will – stand behind our products and honor our customer commitments.

It is unfortunate that Pink Energy appears to not want to take any accountability for their actions. By their inflammatory public statements and the lawsuit, we believe Pink Energy may be hoping to distract customers from the many complaints and allegations that reportedly have been leveled against them regarding poor installation and service, as well as public accounts of dubious marketing claims and sales tactics.