Customers are also mad at Jayson Waller. The company's billion-dollar CEO and spokesperson is everywhere touting the benefits of Power Home Solar.

SOUTHFIELD, Mich. (FOX 2) - Powerhome Solar's pitch is simple: You'll save big money when installing solar panels. But the customers who paid for the installation say they've been sold an overpriced system that doesn't do what they say.

In undercover video shot by FOX 2, Powerhome Solar sales people promise that you'll get money back from the government if you install their panels.

"It's going to give you a 79 percent reduction in your bills before you cut the trees down," said Dave, a salesman. "I would say once you get those trees down you're going to be in the 95 to 96 percent range."

"Yes, that's one time check that you'll get from the federal," the salesman said.

The claim from Powerhome Solar is that you can cut the cord to the utility companies.

FOX 2 UC: "Are you saying with the solar panels I can power my whole house without being hooked up to DTE?"

These sound like the same promises the Powerhome Solar reps made to other customers.

"It's absolutely false. Everything they tell you is an absolute lie," said Jeremy.

These customers are mad. They're mad at the salespeople who sold them what they say are overpriced systems as well as themselves. 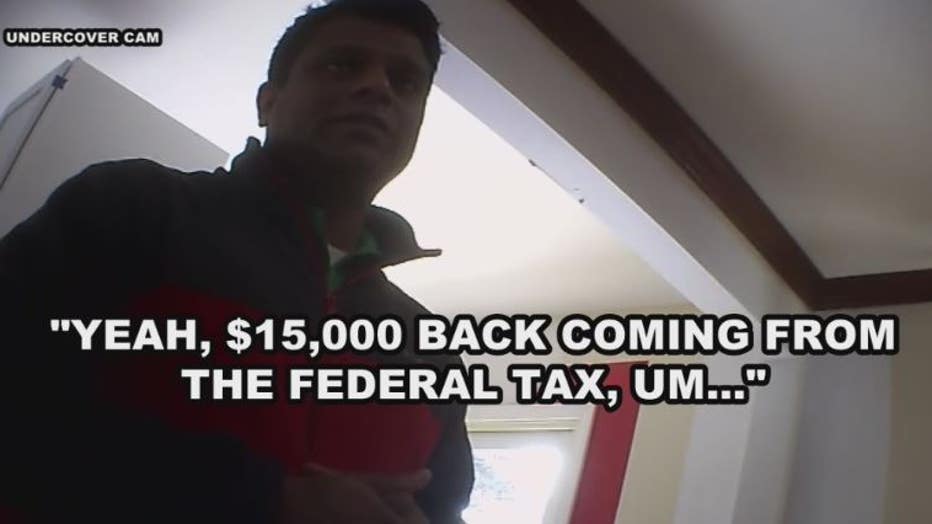 "I feel stupid, and it's kind of like my own stupidity. I should have done more research," said Leigh.

But they're also mad at Jayson Waller. The company's "billion-dollar" CEO and spokesperson, who is everywhere, touting the benefits of Power Home Solar.

"Name’s Jayson Waller, CEO and founder of Powerhome Solar," he testified before the US Senate Energy and Technology Committee,

"It infuriates me," Jeremy, a customer. "To see the guy on TV plastered all over the place, living high off the hog on everybody's misery and sorrow."

They're not the first to complain. A2019 compliant filed in Oakland County Circuit Court says Powerhome Solar promised their solar panels "would provide 73 percent of the power being supplied to the property," and reduce the electric bill from "$223 dollars to $59 dollars."

It also alleges that Powerhome Solar committed a material breach of contract "by failing to provide a solar panel energy system that functions properly ..."

"I don't know how he sleeps at night knowing he screwed over so many people," said Megan, an ex-employee.

One of the customers who's mad Jayson and Powerhome Solar is Leigh. When we spoke with her, it was a brilliant, late-winter's day in Holly, Michigan, and the sun was beating down on Leigh's Powerhome Solar panels.

"I wanted to be self-sufficient," Leigh said. "That's pretty much what sold me." 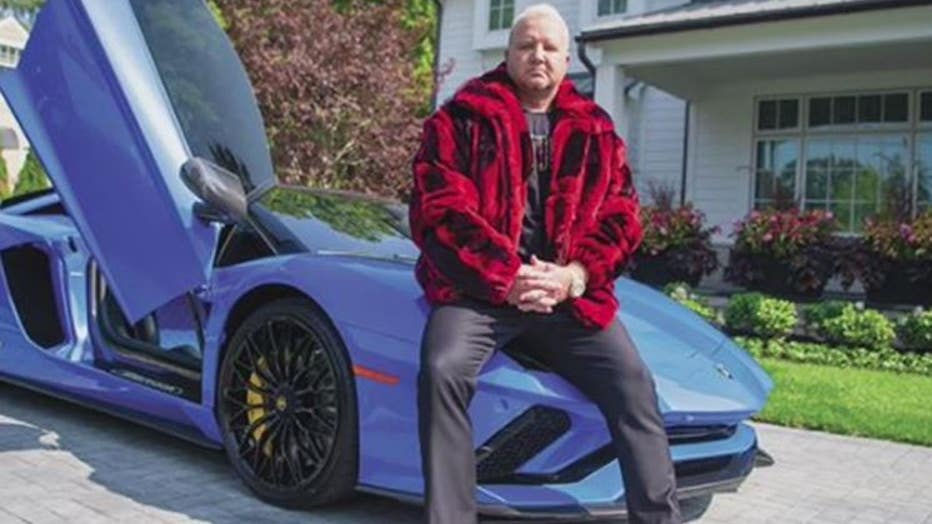 Last spring, a Powerhome Solar salesman told her she could "own her own power" - coincidentally the name of the Powerhome CEO's bestselling book - but Leigh is getting owned. She's still paying DTE Energy for electricity and even more than it was a year ago.

She's also strapped with a loan that, with interest, adds up to more than $70,000 for her Powerhome Solar set up.

"They have people coming out here that don't know what they're doing and they don't care," Leigh said.

And Wolchek believes her. Because it doesn't take a genius to realize the installers at Sonya and Jeremy's Trenton home messed up.  They have solar panels that face north, which is ­away from the sun here in Michigan. That wasn't something Jeremy considered.

"I didn't think north, south, east, or west. I'm trusting them to do the job and do right with what they're supposed to be doing. And we trusted the wrong company," Jeremy said.

The couple were trying to set a good example for their kids: Live clean, save money, save the planet.

As it turns out, the idea of going green was the sales pitch, according to Sonya.

"A door-to-door salesman was canvasing the neighborhood encouraging everyone to go green," she said.

‘Green’, as in lots of money. Sonya's system works, but their DTE bill is pretty much the same.

They claim their salesman promised if they got a DTE bill at all, it would be less than $20 a month.

That's the same complaint a North Carolina couple made in Mecklenburg County Superior Court, that: "Powerhome's sales process was designed to make customers believe they would experience a guaranteed drop in their energy bills of between 80% and 99%."

Besides the big savings, Sonya says Powerhome told her she'd get a big check from the U.S. government.

"We should have received a check, according to the sales representative, of $12,000.  Which he repeatedly said, 'hey, you can take that $12,000 check and take a really nice family vacation," she said.

But none of the customers we talked to got this supposed check.

There are more unhappy customers, but before we meet them, let's look at what some of the salespeople we caught on camera, actually say.

Two minutes after entering the home, Paul pulls out a vape pen and asks our undercover customer "You don't mind if I hit this, do you?"

Vaping and blowing smoke. Back to the sale, here's what Paul claimed: 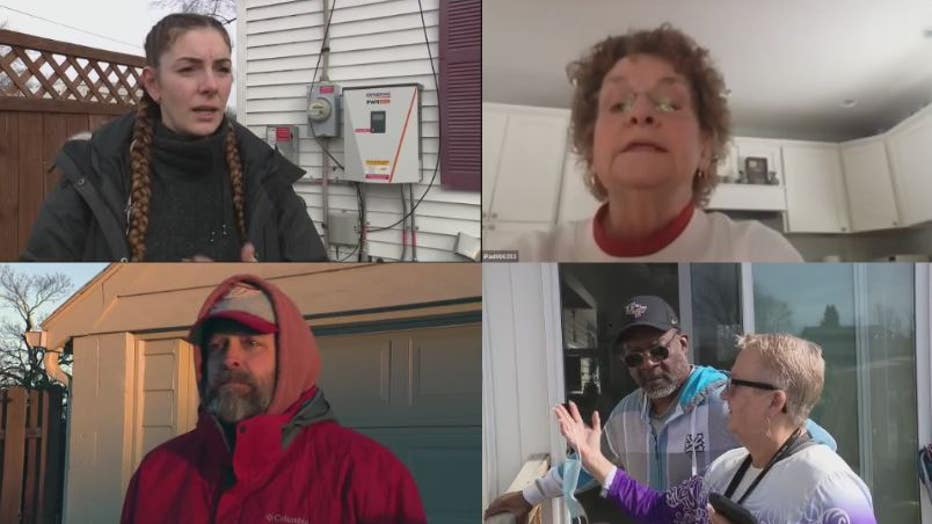 Then our customer was promised that tax credit check.

"The federal government is going to pick up 26% of your gross total system cost. All right. So that is in the form of a check," Paul said.

And just like the pitch Sonya got, Paul made a suggestion of what to do with that check.

"You can take that money and buy a new boat, go on vacation, do whatever," Paul said.

Next is salesman Dave, who made this pitch:

That's incredible, especially since we're in a state that's not known for sunshine. In fact, we spend a few months buried in snow! But Dave said that doesn't matter.

Then there's salesman Sanjeet, who tells our customer that she'll have no payments for the first year.

"So the system costs $57K. I don't want to seem like I am pushing you, but the thing is we don't advise people not to let the 12 months on us go because that's an amazing offer," he said.

Megan Lindstrom is a former employee at the North Carolina corporate office. She spoke with us via Zoom and said that's what she saw when she worked there.

Lindstrom also said Jayson Waller was personally involved with the sales team - which he backed up in his own words. In a December 2020 issue of Authority Magazine titled "Jayson Waller Powerhome Solar: 5 things I wish someone told me before I became a founder and CEO":

"I started running the sales department and training reps myself," he said in the interview.

It must be a good sales pitch because it sure sold Bonnie.

"The idea and the proposal is wonderful. But it doesn't work!" she said.

Bonnie lives way up north in Kalkaska, near Traverse City. Regardless, a Powerhome Solar salesman convinced her - even with only a few hours of daylight in the winter - she could power her house with solar.

"I want this stuff removed ... it doesn't work," Bonnie said.

Cam and Robert live in Flint and are paying more than $300 for the panels they had installed.

"We have 41 panels up there!" Cam said. "I'm paying $320 for this system up here, and then you add on my electric bill - you're talking close to a thousand dollars a month."

They told Wolchek their utility bill in March was $600.

Wolchek: "So you haven't seen any savings at all?"

Cam wanted to save the planet while Robert was sold by his love of football.

"I've seen Barry Sanders, he was talking about Powerhome Solar and Ford Field having these solar panels - which I don't know if they really do, but they sold me on it," Robert said.

That's right. The Detroit Lions and Ford Field are part of the Powerhome sales pitch and salesman Paul explained how during his pitch to our undercover buyer,

"They've entrusted us to use our panels and our power on their stadiums. So when you see these lights and the concessions and all that, know that Powerhome is producing that power for them," Paul said.

Robert told Wolchek that he was under the impression that the entire stadium was powered by solar, based on the way it was sold to them.

Salesman Dave gave one of our buyers that same pitch.

That's not true. Not according to the Detroit Lions. A spokesperson said there is some solar power at the parking deck. But the stadium itself - is 100% not solar-powered. 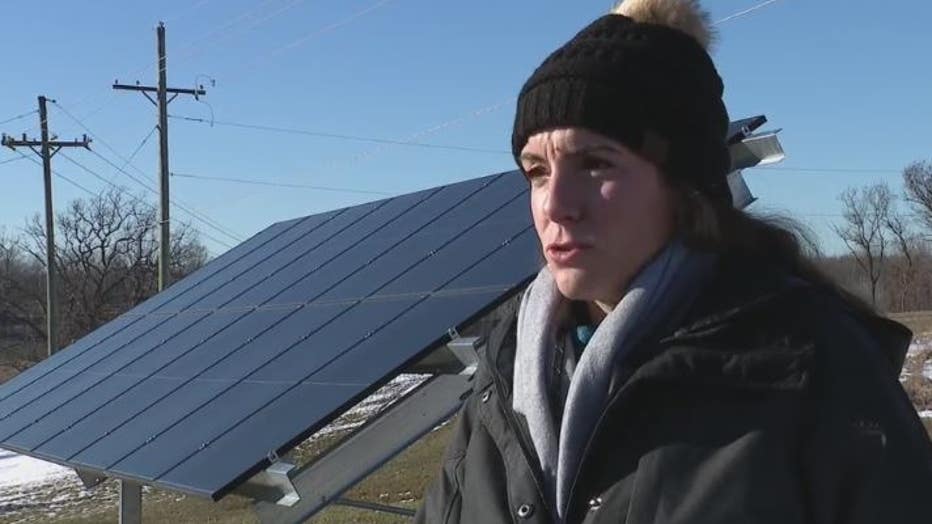 But it doesn't really matter what any of the sales guys say because in the contract it says this: "The amounts provided for energy production, usage and savings are illustrative and hypothetical only and are not, and shall not be in any way interpreted to be, guarantees, representations or warranties of any kind, shape or fashion."

Translation? Don’t rely on anything the salesman tells you.

And if a customer sues Powerhome there's another clause in the contract, that says all disputes will be settled through arbitration: ".. .You are giving up any rights you might possess to have the dispute litigated in a court of jury trial."

One of our undercover customers repeatedly asked for a copy, but Paul the salesman said he couldn't give it to him.

"I don’t want to go through the approval process until I’ve had a chance to look at the contract," our buyer said.

So what does the high-profile CEO of Powerhome Solar have to say about all these unhappy customers?

Wolchek contacted Jayson Waller personally on LinkedIn and asked for an interview and got this response: "Yes. Absolutely. Thanks for reaching out. I would love to. I'll have my team set something with me and you ASAP."

Two days later, however, his public relations firm contacted Wolchek and said "Jayson is not available for an interview." He never heard from the billion-dollar CEO again.

To top it off, Powerhome is changing its name! Just two days ago, Powerhome Solar announced they are "re-branding" and will now be known as Pink Energy.

Meredith Chiracosta from Do Good PR sent a statement from the company in response to claims about taxes and energy bills.

The statement said, "Powerhome is not providing tax advice and is not a tax advisor and that there are a number of factors that could explain the impact on electric bills, including rate changes, energy usage changes, and service issues."

The statement also said production drops off in winter months. But, we didn’t hear any of the Powerhome salesmen say that.

But of course, the company has now changed its name to Pink Energy - so hopefully they will have the same "commitment" to their customers. 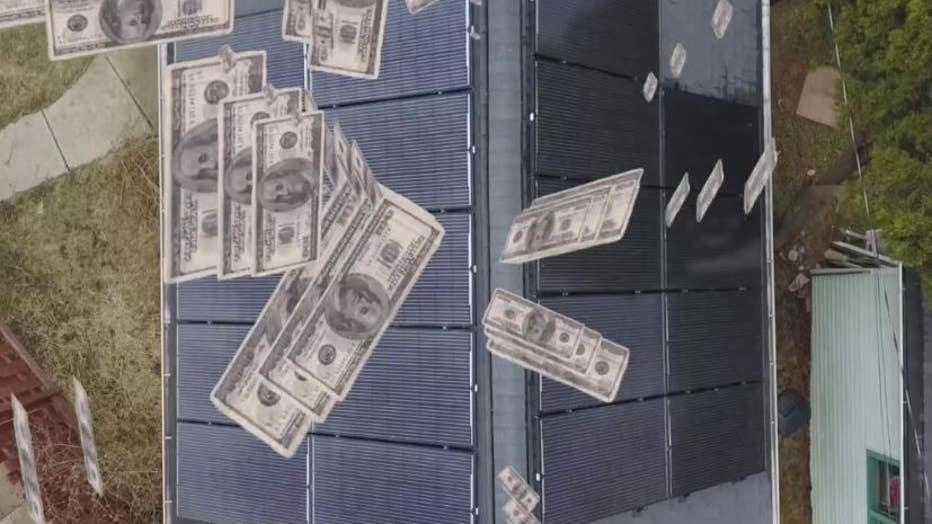