The former car guy is ready to spend $10 million of his own cash to become Michigan's next governor, but first, he has to win a 12 person GOP primary to face Gov. Gretchen Whitmer.

Rinke spoke about his views on the alleged rigging of the last presidential election, carrying guns into schools and comparing Whitmer to the old Yugo automobile.

The former car guy is ready to spend $10 million of his own cash to become Michigan's next governor but first, he has to win a crowded 12 person GOP primary to face Gov. Gretchen Whitmer.

"I'm not going to put on an AR-15 on my back and walk into schools as a parent - that appears inappropriate," he said.

On the former president's charge that the presidential election was rigged:

"I've seen nothing that would tell me the election was rigged," he said.

On promising never to raise taxes:

"I'm not going to get locked into any pledge when it comes to regarding taxes," Rinke said.

Skubick: "Do you support the ERA?"

Skubick: "Do you know what it is?"

Rinke: "Equal Rights Amendment, of course, I know what it is."

In his opening campaign commercial, he came out swinging at Gov. Whitmer comparing her to the communist-built Yugo automobile which he contends was used as an analogy.

"Gretchen Whitmer is straight off their assembly line as a career politician. She's a Yugo," he said in his commercial.

Skubick: "You understand why some women might be upset and thought it was disrespectful to call the sitting governor of Michigan that name?"

Rinke: "I was not calling the sitting governor a Yugo as it would apply to this is 'what you look like, this is who you are.' What I was doing, was making an analogy."

For example, he contends the governor made a fatal mistake by signing the new no-fault car insurance bill because it is hurting those with brain injuries who may not be getting treatments because of the law.

"I would not have signed the bill as presented," Rinke said. "Absolutely not." 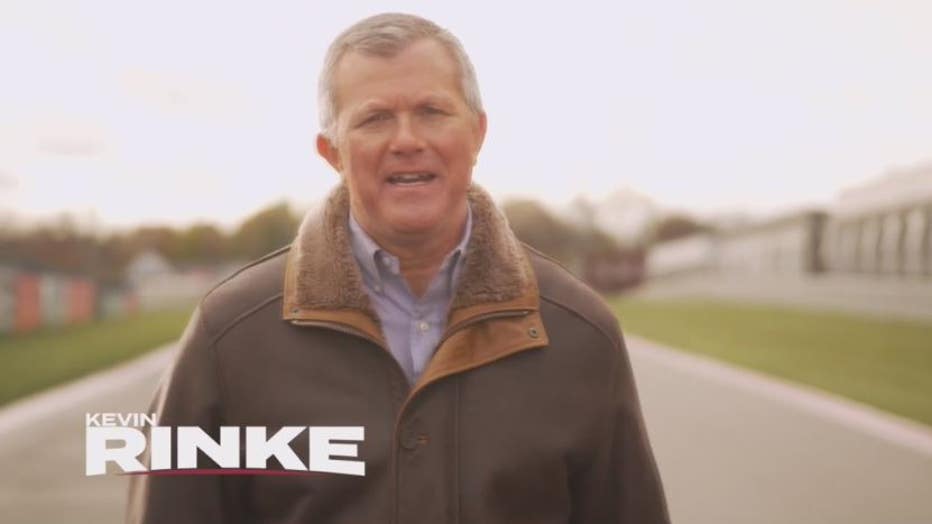