OAK PARK, Mich. - Online transactions are up and time spent at Michigan's Department of State offices is way down over the last year. But securing an appointment can take months.

Those are the changing trends that are drawing the ire from Republicans and a doubling down from the secretary herself.

"The Secretary of State made a decision that no one can walk in, so they're sitting empty while people need services," said state Sen. Ruth Johnson. "It's just bad leadership. We need to fix it if we can and that's what we're trying to do."

Current policy at state department offices leaves little room for walk-in appointments early in the morning and after lunch. While most services offered by the SOS can be done online, many still need to be handled in person with a representative.

"I'm getting a lot of complaints and rightfully so," said Johnson, who is Michigan's former secretary of state before Joceyln Benson took over.

But according to the current secretary, the "Michigan Department of State is entering a new era" where services "are more accessible and convenient than ever before," she wrote in an opinion piece published by Bridge Magazine Monday.

And the new practices are getting results. "The data is showing that once people get an appointment, they are largely happy with the system because they are in and out in 20 minutes," said Spokeswoman Tracy Wimmer on Sunday.

On April 6, Benson's office rolled out new upgrades that "launched a new, service-driven era of operations."

That included offering online services for options like renewing or replacing a driver's license or state ID if no new photo is needed, requesting a driving record, signing up for the state's organ donor registry, and adding a motorcycle endorsement.

The state also unveiled a new online scheduling system that centralizes scheduling an appointment at a department office. Appointments are now only for getting a first-time Michigan driver's license, replacing a license, transferring a vehicle title, and authenticating documents. An entire list is here.

In 2019, 30% of Secretary of State transactions were done online. This year, that number is up to 60%. The average time one spends at a branch office is 20 minutes.

And the online system doesn't work for residents who aren't tech-savvy, Johnson said. "This is about allowing people and the situation they're in to get services.

"I don't think we should turn people away when you get to the branch office and there's no one in it because you have to have an appointment," she said. 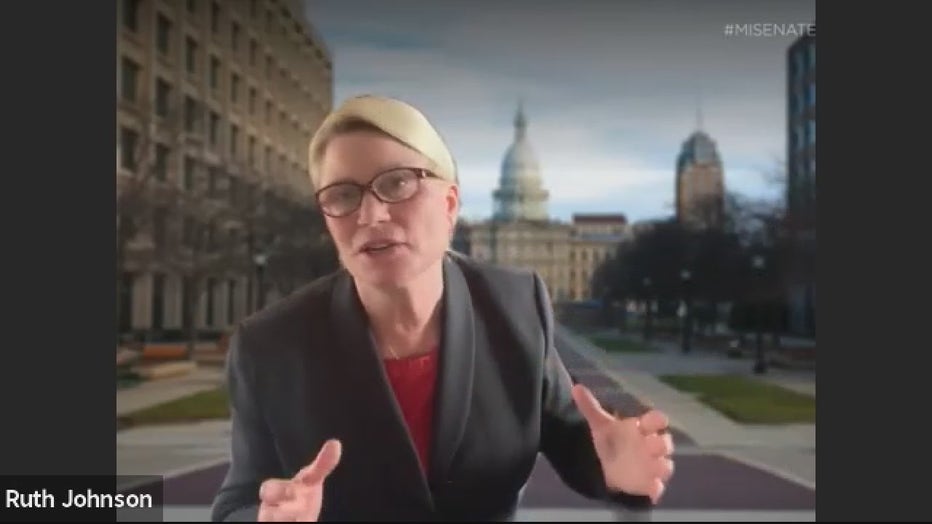 "I'm getting a lot of complaints and rightfully so," said Johnson, who is Michigan's former secretary of state before Joceyln Benson took over.

Benson did write the offices intend to increase the capacity of "next-day appointments." She also said the ratings that offices are receiving on Google are also higher than ever before.

Benson placed blame on outdated laws and limited funding that made going to the state office so difficult.