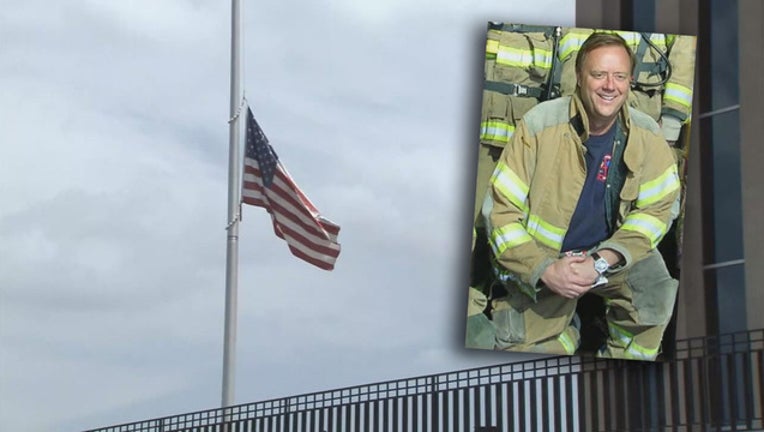 (WJBK) - Gov. Rick Snyder has ordered U.S. and Michigan flags to be lowered to half-staff on Thursday, March 2, on all state buildings and within the state Capitol complex in honor of Ron Savage.

"Ron was a dedicated firefighter and reporter who will be remembered for his service and commitment to his community. I send my deepest condolences to his family, friends and colleagues during this difficult time," Snyder said in a statement.

Savage worked with the Milford Fire Department since 2014 and had previously served as a firefighter for the Brighton Area Fire Department. He had been with FOX 2 since 1999 and co-anchored Fox 2 News Weekends. He was an Emmy Award-winning journalist and produced Michigan's Most Wanted segments, highlighting crimes that needed to be solved.

Michigan's Most Wanted was a passion of Ron Savage's

A visitation for Ron begins Wednesday at 1 p.m. at Lynch & Sons Milford in Milford. The visitation ends at 9 p.m.

On Thursday, March 2, Ron's funeral mass will take place at St. Mary Our Lady of the Snows Catholic Church in Milford at 4 p.m. A visitation will also be held at the church prior to mass, from 11 a.m. - 4 p.m.

Memorials may be made in his name to The Ronnie Savage College Education Fund.

Please send memorials to St. Mary Our Lady of the Snows Catholic Church or Lynch & Sons Milford. Checks should be made payable to "The Ronnie Savage College Education Fund."