FOX 2 - Tonight begins an exclusive five-part series with Governor Gretchen Whitmer and FOX 2's Tim Skubick reflecting on one of the most tumultuous years a Michigan governor has ever confronted.  The first episode focuses on all her challenges beginning at home.

Skubick: "How did you handle your daughter going off to college?"

Part 1 of Gov. Gretchen Whitmer looks back at 2020

Governor Gretchen sits down in an exclusive looking back at the past year. In this first segment of our five-part series, she talks with Tim Skubick about the challenges.

The governor confesses she was just like any other parent trying to get her arms around her oldest daughter leaving the nest.

But little did the governor know last January that she was about to confront an avalanche of more threatening controversies - more than any other governor in state history.

She had to confront COVID-19 out of nowhere - then she had to deal with a dam breaking in Midland. She also dealt with unrest in the streets over alleged police brutality. Then, her COVID-19 dispute with President Donald Trump turned her into a household name and she soaked up a ton of national TV exposure as a result - more than any Michigan governor in history.

That exposure also resulted in her being the first Michigan governor to give a response to a president's State of the Union address. Then she gave another speech at the Democratic National Convention. Then she was on the shortlist for candidates to be Joe Biden's vice president.

At home she saw her oldest daughter flu the nest for college, she welcomed another dog to the first family -= and then there was the alleged kidnapping plot that included an alleged death threat.

"I mean, honestly Tim, that was quite a year," she said. 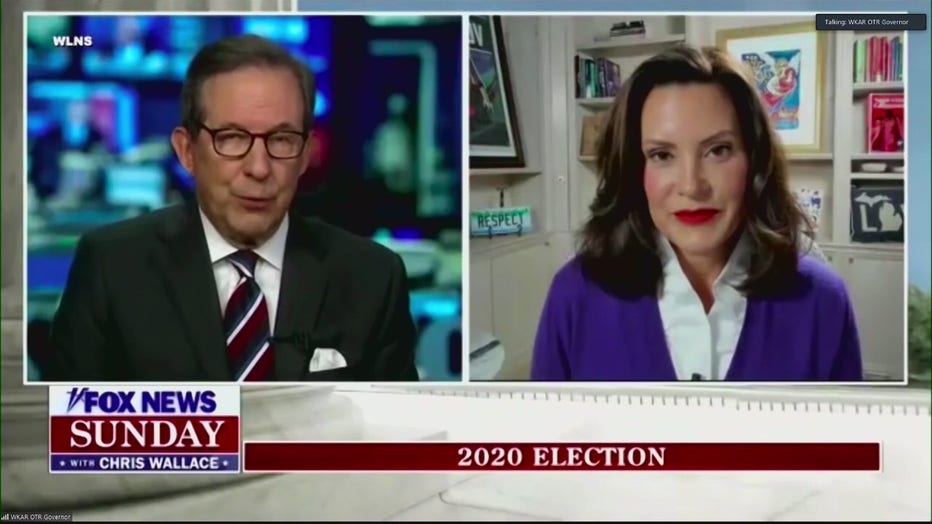 But she quickly reflects, it was a worse year for others.

"As hard as this year has been for me and my family, it pales in comparison to the burden that some have had to navigate," Whitmer said. "That is humbling."

The reason the governor gobbled up so much national media exposure was due to her back and forth with President Donald Trump. At one point, he called her "That woman from Michigan."

Which is now a household name nationwide, she reports.

"I don't think it went to my head," she said. "I just was a little less nervous. I use to be a little nervous."

"What I was going to say or focusing on what to say while looking at the camera," she said. "Silly things like that."

But she was nervous when her Michigan State Police security detail told her about the alleged kidnapping plot from alleged conspirators. This was a challenge she never anticipated for her family. 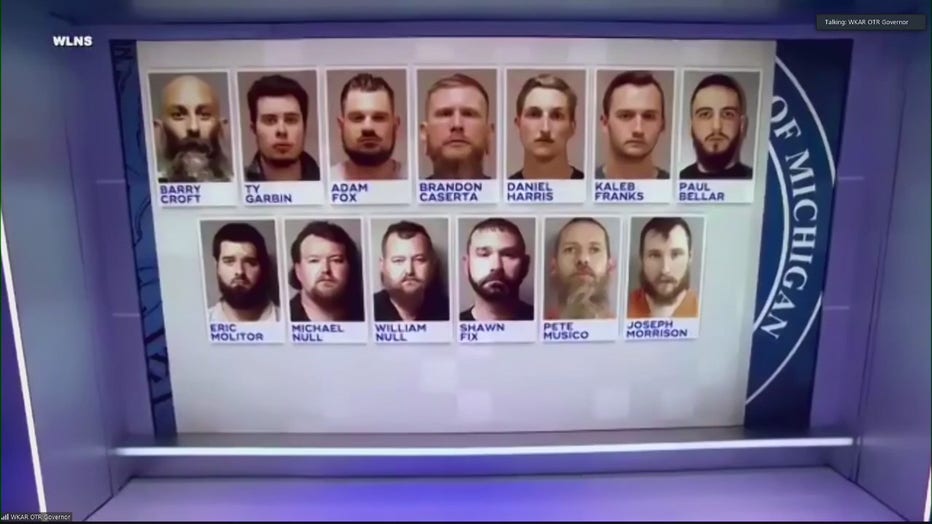 The suspects involved in an alleged plot to kidnap Gov. Whitmer.

"Raising teenagers in the midst of a covid pandemic is hard, full stop. But you add being the governor and dealing with death threats and the nationally recognized plot in multiple states, it was important to talk to our kids and let them know what was going on so that they were not afraid."

Coming up in part 2 - The speculation about being Joe Biden's runningmate.