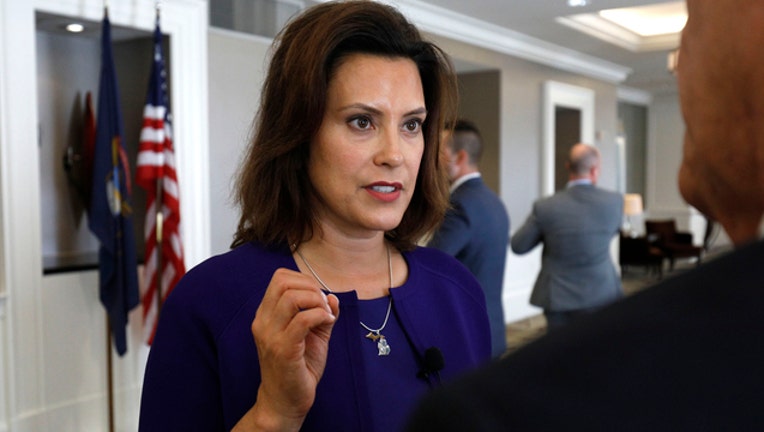 The Michigan Department of Environmental Quality will become the Department of Environment, Great Lakes and Energy. The agency will house new public advocacy offices for clean water and "environmental justice" to help ensure fair consideration of low-income and minority community interests, according to officials who briefed the AP ahead of an announcement scheduled for Monday.

"This is about finding real solutions to clean up our drinking water so every Michigander can bathe their kids and give them a glass of water at the dinner table safely," Whitmer, a Democrat elected last November, said in a statement. "We have a chance to build a system that really works so we can protect our water and improve public health."

The environmental quality department came under fire after overseeing Flint's ill-fated switch of drinking water sources in 2014. The city, under supervision of a financial manager appointed by Republican Snyder, stopped buying treated water from Detroit and began drawing from the Flint River - a move intended to save money while a new pipeline from Lake Huron was built.

Investigators later determined that DEQ officials misread federal guidelines and did not require use of corrosion-control additives. The river water gnawed away lead from pipes, joints and fixtures that contaminated drinking water in the majority-black city of 100,000, where in 2015 children were found to have elevated levels of the toxin in their blood.

The department's director and top spokesman resigned, while criminal charges were filed against several other officials. A state task force assigned primary blame to the DEQ, saying that even after its mistakes were clear, it responded with "intransigence and belligerence that has no place in government."

Liesel Clark, whom Whitmer appointed to lead the retooled agency, said the change of administration offers "an opportunity to turn a page and together embark on shared priorities around protecting public health and the environment."

The newly created public advocate offices will make it easier for citizens to register their concerns and improve accountability, Clark said.

"We get better conclusions when we have diverse voices, more voices at the table," she said.

But the plan doesn't change the department's core functions, such as issuing permits for air and water pollution and monitoring compliance. Nor does it promise additional funding or beefed-up staffing for those tasks, even though state and federal reports have described Michigan's DEQ as strapped after years of budget and personnel cuts. Clark said she would make the case for increases with the state budget office.

The new department will incorporate and strengthening an interagency team dealing with the emerging threat of toxic chemicals in drinking water, known as per- and poly-fluoroalkyl substances, or PFAS.

Under Snyder, the team conducted statewide testing of drinking water sources and initiated cleanups. The team will continue that work while emphasizing cleanup of tainted groundwater, Clark said. The department also will consider a tougher standard for initiating action than the current threshold of 70 parts per trillion that is recommended by the U.S. Environmental Protection Agency, she said.

Additionally, the department will have a new office on climate policy that will seek ways to reduce emissions of greenhouse gases and promote renewable energy while helping Michigan adjust to a warmer world. The Michigan Agency for Energy, a separate entity under Snyder, will become part of the Department of Environment, Great Lakes and Energy - as will the Office of the Great Lakes, currently part of the Department of Natural Resources.

Whitmer also said Michigan would become the 20th member of the U.S. Climate Alliance, a coalition of governors seeking state-level action after President Donald Trump announced plans to withdraw the U.S. from an international climate accord.