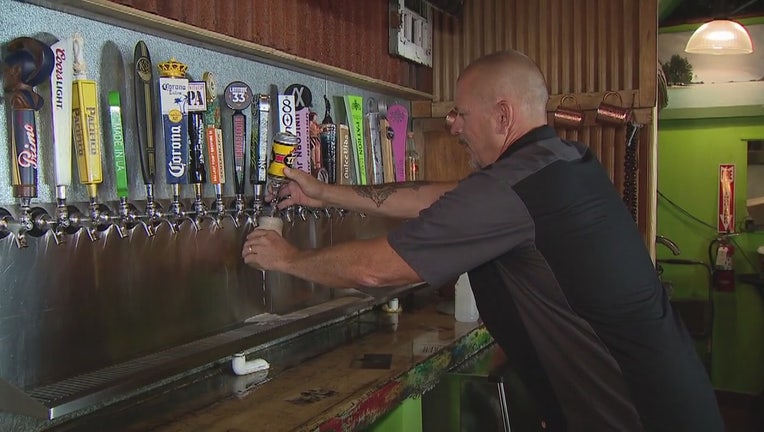 (FOX 2) - Michigan Governor Gretchen Whitmer signed several bills on Wednesday that legalizes restaurants to sell cocktails and other alcoholic drinks to-go for the next five years.

Gov. Whitmer signed the bills that allows bars and restaurants to sell containers with beer, wine, or cocktails to go and one that creates social districts within a common area for consuming alcoholic drinks. The bills were nearly unanimously approved by both the House and Senate and were put together to help the businesses recover from the economic problems brought on by COVID-19 closures.

Under the conditions of the bill allowing cocktails-to-go, restaurants must follow Michigan food laws, get approved for sale by the commission, and not fill the container prior to making the sale.

There are several components to the bill that affect the consumer:

Additionally, Whitmer signed other bills that give establishments a 23% discount on spirits bought from the state for the next 12 months.

The bill would also allow the establishment to sell and deliver beer, wine, mixed spirit drinks, or spirits.

The conditions are everyone must pay applicable taxes, comply with state law, deliver in a container that is clearly marked or stamped as containing alcohol, and the receiving party must show ID and sign at delivery. Strawholes are not allowed to be on the shipping container.

Under the common areas drinking bill, cities and counties can designate social districts with outdoor common areas where people can drink alcohol from nearby restaurants. Drinks must also be served in a container that prominently displays the restaurant's name or logo and cannot be taken to another social district.

Both bills passed with nearly unanimous approval with each bill getting a nay vote in both the House and the Senate.