FOX 2 - These are desperate times for Michigan restaurants.

“We can't keep telling landlords and vendors, hey it's going to be one more month," said Matt Buskard.

These are desperate times for Michigan restaurants.

And for some it is about finding creative solutions like "Drink Kits" from Bobcat Bonnies in Ferndale. But there is just one catch.

“Almost everybody who has ordered it has had a question about the alcohol," said Buskard, Bobcat Bonnie's. "We can’t sell any liquor which is kind of wild even with a takeout license like we have. We can sell the beer and wine but can’t sell mixed drinks or stuff like that.”

So roughly 30 restaurant and bar owners got together to petition the governor to allow "To go cocktails."

“We said let’s petition the governor, let’s see where this goes. She is very affable and responsive to small businesses," Buskard said.

We were told this petition was done out of necessity after a St. Patrick's Day order left liquor on the shelves being unused and unsold.

“Let us actually sell the liquor as cocktails,” Buskard said.

Recently the governor of Ohio considered a similar measure. On April 7th Gov. Mike DeWine tweeted his approval to sell and deliver alcohol including high proof liquor in limited quantity for off-premise consumption.

FOX 2 reached out to the Liquor Control Commission but have not heard back as of yet.

The owner of Bobcat Bonnie's is optimistic governor Whitmer will allow it in Michigan as well.

“It’s complicated. there are rules that need to change," he said. "You can’t just declare it and all the sudden it happens.”

He just hopes businesses can hold their liquor long enough to stay in business. 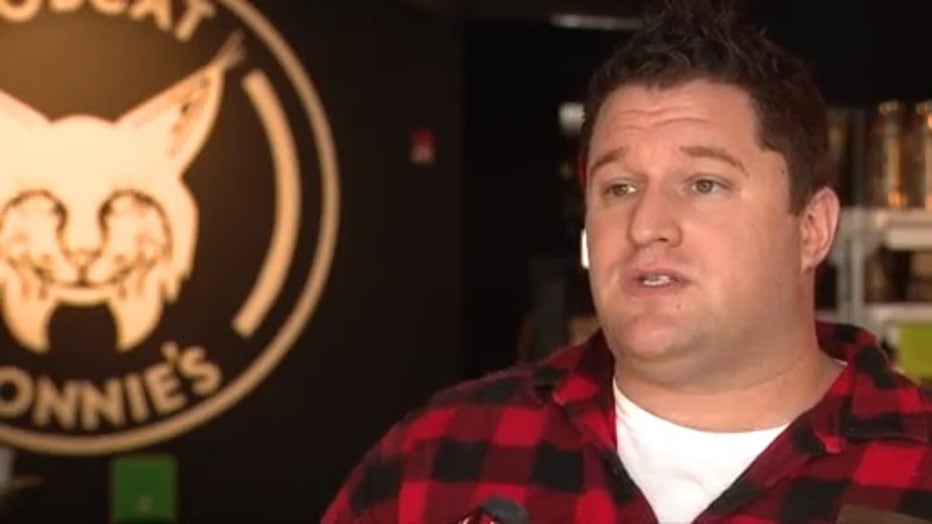