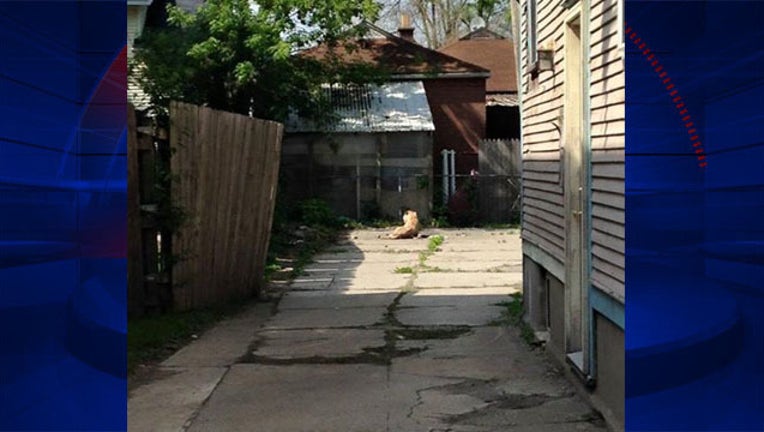 But when his co-worker Rachel Jensen advanced from another direction, she realized that the dangerous beast was just a life-sized, realistic-looking stuffed animal.

The officers enjoyed a laugh and posted some amusing photos for the public to see on their Facebook page.

Dainelis said he expects to be teased by his co-workers for a few days.