FOX 2 - Governor Gretchen Whitmer's phone is still ringing after her response to President Trump's State of the Union address.

One of the callers was Speaker Nancy Pelosi, who is the one who asked Whitmer to give Tuesday night's address.

The governor said that Pelosi was happy with the response.

"She just said that I hit the mark they were hoping for and was really pleased with the way the speech went," Whitmer said.

FOX 2: "We saw the speaker ripping up the State of the Union speech. When you look at that, where does that fall on your radar relative to decorum and decency on both sides?"

"Let's be clear, walking in, the president didn't extend his hand to the speaker who reached out," Whitmer said. "She is the third most powerful person in our country whether you agree with her or not. The office demands respect."

FOX 2: "Do you think there are they are good role models on both sides of the political spectrum?" 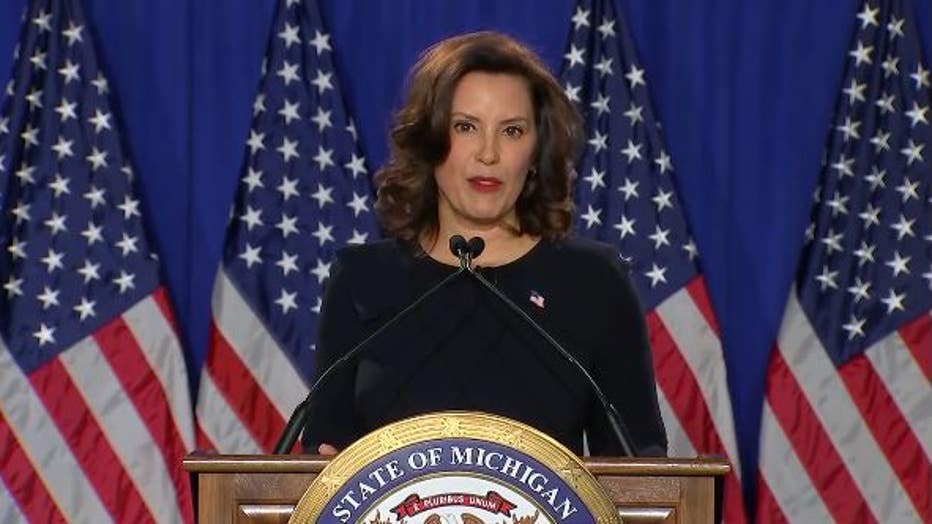 Whitmer took aim at President Trump's claims about unemployment rate in America. She says many of those people who are employed are working part-time and don't make enough to make ends meet.

Then the issue of our roads in Michigan.  The Republican Party with these ads point to the fact the road fix legislation has hit a roadblock.

FOX 2: "The president said that at a rally in Battle Creek and I'm sure it got back to you. When you think about that, does that frustrate you to know that that's being used as a political piece, your promise?"

"Well it's ridiculous because the only reason it's taken me this long to resort to bonding is because the Republican party stood in my way of fixing the roads," Whitmer said. "And I said I'm not going to wait for you to get your act together, I'm moving forward. This bonding plan will make a difference on our trunk lines. It's financing, it's not a long-term funding solution."

Governor Whitmer is demanding that Republicans come to the table with their own plan to take this issue on.  A compromise.

FOX 2: "Is there anything The White House has done this administration that you've liked?" 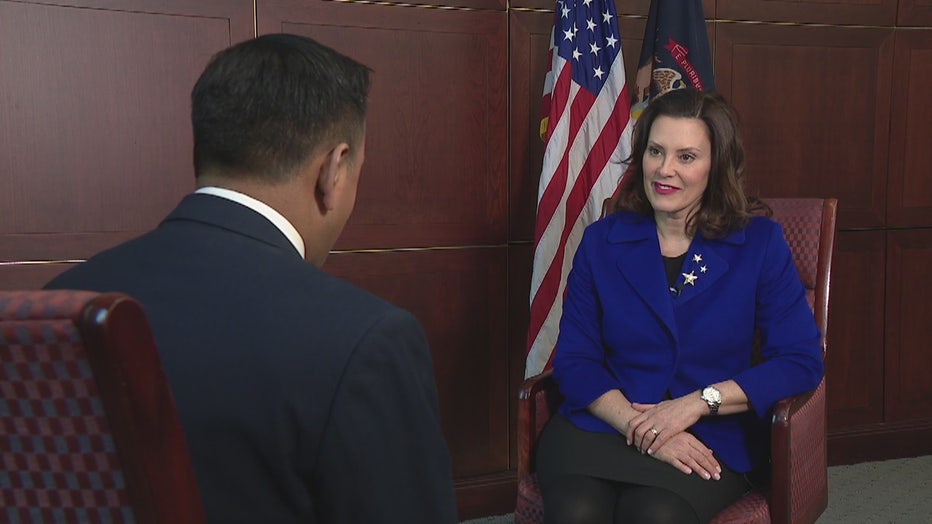 "I do like the fact that they put the energy into the Soo Locks and some funding there," she said. "I educated the president on Asian carp. I sat there with my counterpart from Ohio, and we explained to President Trump what Asian carp was, and why it was such a threat to the Great Lakes and now he spending some energy on that - and I'm grateful for that."

FOX 2: "Having slept after that big speech last night has anything changed for you? Would you consider perhaps not now but in the future furthering your career in Washington?"

"I've got three generations of my family here and I don't want to leave," she said. "I'm not interested in going to Washington DC but I am very interested in who does.

"The first one that comes in mind is my good friend Stacey Abrams. She gave the State of the Union response last year and she is a great friend," Whitmer said.

FOX 2: "Would you recommend her if someone asked you?"

A spokesman for the former Georgia candidate for governor told FOX 2: 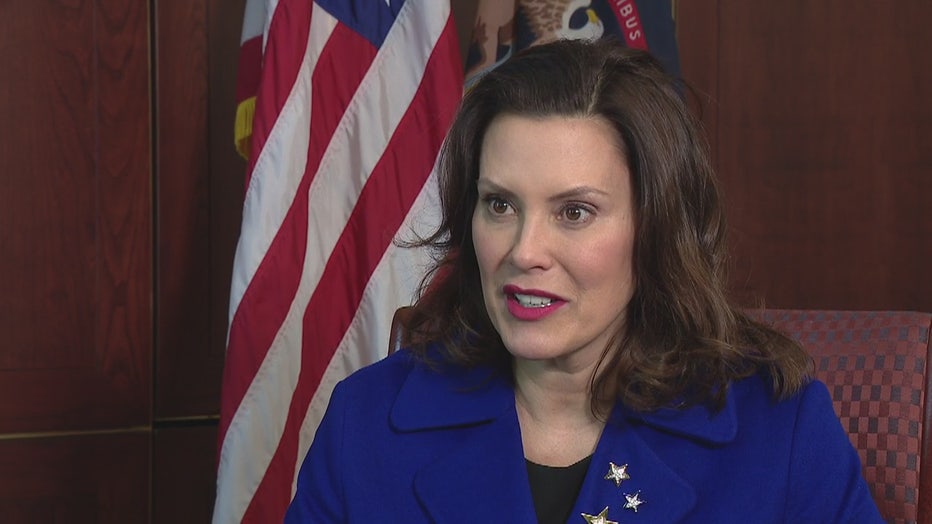