(FOX 2) - It was supposed to be a productive meeting - between two Detroit organizations - to raise awareness of water shut-offs during this crisis.

"It was chaos. It was like how do we get these people off," said Tiana Starks, from We the People of Detroit.

Tiana Starks says it started with a logo reading "Zoom Bombers" - and someone drawing genitalia. Then, it just went from there.

But the Zoom meeting with We the People of Detroit and the Turn on the Water Coalition, turned into a nightmare Wednesday morning.

Hackers quickly took over the meeting.

Tiana Starks says it started with a logo reading "Zoom Bombers" - and someone drawing genitalia. Then, it just went from there.

"They were explicitly using the N word," Starks said.

The hijackers were not stopping - and the meeting room was forced to close.

Starks - and others - were already feeling stressed and anxious from the pandemic in addition to trying to help Detroiters. 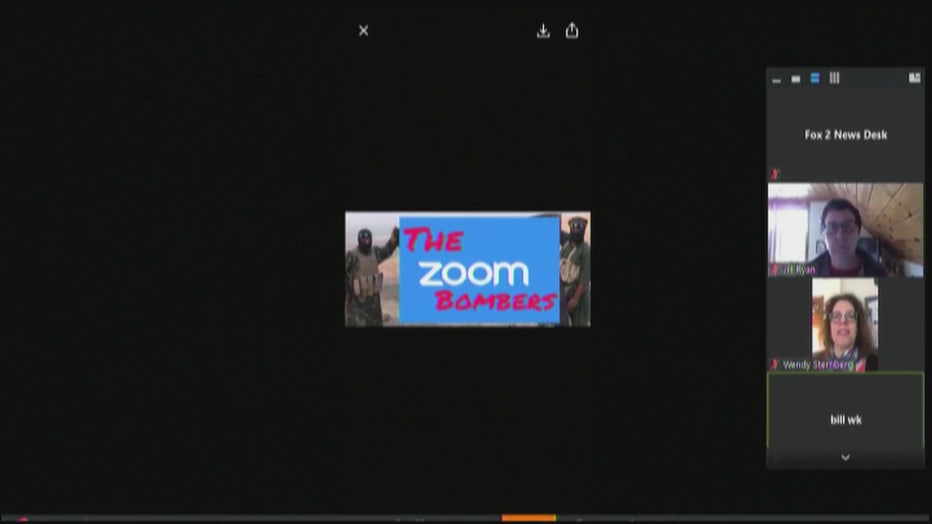 "We would hope this could be something that could unite people instead of creating more division," Starks said.

Starks says she felt targeted - and she can't help but wonder what other organizations are dealing with similar situations.

"They just took over the room. And they started drawing swastikas and saying a lot of homophobic language," said Dave Garcia, executive director of Affirmations.

Garcia says Tuesday a group hijacked a recovery meeting. Affirmations is supposed to be a safe space for people of all sexual orientations, gender identities and cultures to go to get support.

"Unfortunately a lot of people had those slurs aimed at them before we could close the room," Garcia said.

Garcia and Starks are taking extra measures to secure their Zoom meetings. Starks, rescheduling it for Thursday and giving the password to fewer people.

Security measures like that - already becoming a problem with Affirmations and vetting people - takes time.

"We had 71 people in one of our recovery groups last week and that had 20 today," Garcia said.

Meanwhile a spokesperson with Zoom told FOX 2 - in part:

"We are deeply upset to hear about the incidents involving this type of attack. We strongly condemn such behavior and we encourage users to report any incidents of this kind."

Zoom is also offering ways to better secure each room.