Hamtamck spa owner says she is being discriminated against by city

A Hamtramck spa is being pressured from the city to shut down due to not having a zoning clearance. But the owner believes she is being targeted because she is Black.

THURSDAY NEWS HIT - A Hamtramck spa owner claims the city is discriminating against her and her business over her race.

But Tiara Boyd's claims aren't only coming from the disgruntled business owner. She's got backup from the mayor who agrees.

"I'm not Muslim, I'm not Arab, I'm not Yemen. I'm just a Black woman here to help other people, that's it," Boyd said. "And for anybody to say 'what type of people she's going to bring,' that was more than enough as far as (talking about) race."

She's referring to a comment made by a member of the Zoning Board of Appeals during a Zoom meeting. Nasr Hussain had said he was worried about the safety of the people walking around "and I do not know about the people who would go to that business - how would they act, how would they drive."

Boyd runs the Esthi Queen Healing Spa in Hamtramck. Recently, the city has told Boyd that her business was zoned for residential use.

If she wants to keep operating it, she needs a variance from the zoning board. That's because a spa is not on a list of acceptable businesses within a residential area, according to the ZBA.

Boyd's alley in the government, Mayor Karen Majewski believes there isn't a legitimate reason to deny a variance since it's not on the list.

"Some of the language I heard both from the public and from the ZBA  members took me aback and really disturbed me," she said.

When asked if it was racist, Majewski said "That to me indicates it could be racial."

But Hussain disagrees with that characterization. "I have no problem with the spa," he said. "The mayor and council could easily in one or two meetings, change the ordinance to allow a spa in a residential neighborhood."

But he "never mentioned what type of people are going to," referring to the criticisms that his argument had been racial.

A Detroit woman who shot another woman at a gas station after an argument has been charged with counts of assault and felony firearm. Artshantel Cierra Surles was arrested for the incident on July 19. She allegedly shot the victim on July 4.

The incident happened in the 19000 block of Van Dyke Street around 10:30 p.m. A release from the Wayne County Prosecutor's Office said Surles, 22, was standing outside the gas station when she had a verbal altercation with a 27-year-old Detroit resident.

After words were exchanged, Surles discharged a handgun, non-fatally wounding the victim. Surles fled the scene while the victim was taken to a local hospital. The suspect was arrested after being identified a few weeks later.

Mask mandates in schools have become a political and social debate, but the rules are now becoming a religious flashpoint after a Michigan Catholic school claimed that the requirement interferes with "God’s image and likeness."

The U.S. Court of Appeals for the Sixth Circuit in Cincinnati is hearing the appeal from the Resurrection School in Lansing, Michigan, and two parents after they filed their original lawsuit in the U.S. District Court for the Western District of Michigan in October 2020. In December, the court denied the school’s request for a preliminary injunction to stop the mask mandate. The school filed an appeal two days later.

In the original lawsuit filed, the school argued against the state-imposed mask mandate on religious grounds, saying it ultimately interferes with Catholic education.

"Unfortunately, a mask shields our humanity," the lawsuit read. "And because God created us in His image, we are masking that image."

The FBI agent involved in the Whitmer kidnapping plot is at the center of a domestic violence case after he allegedly smashing his wife's head against her nightstand after an argument at a swingers' party. Special Agent Richard Trask, 39, was charged with assault with intent to do great bodily harm, less than murder after the incident, which allegedly happened over the weekend.

Trask has been the public face of the FBI in the case of a daring plot that has charged several Michigan men with attempting to kidnap Gretchen Whitmer. Trask's arrest complicates the bureau's position in the case, as well as its image.

The face of the FBI in the case investigating the men who plotted to kidnap Gretchen Whitmer has been arrested for assault after slamming his wife's head into a nightstand. One of the defense attorneys says that it helps his case.

An attorney for one of the men accused in the kidnapping case was displeased that Trask was "allowed a personal bond and allowed to walk out, where my client who committed no violence, got $10 million (bond)." Nicholas Somberg is talking about his client Joseph Morrison. Many know Morrison as the man who said said "one, two, three four, I'm going through Gov. Whitmer's door," recalled Trask in court. Somberg responded in court that it "sounds like a poem to me."

"That just goes to character and credibility," Somberg said of the violence that Trask is accused of. "Look at the guys (the FBI is) hiring. They aren't Boy Scouts, they aren't clean-cut people. They are going to swingers' parties and beating their wives - worse than my client ever did."

Detroit police arrested a man suspected of shooting a 31-year-old man to death on East Outer Drive in June.

Levertis Riley, 36, was identified by police on June 19 as the suspect shooter after the incident a day before. Riley was considered armed and dangerous at the time they began a manhunt for him.

Riley was arraigned on homicide and felony firearm charges on Wednesday. He stood mute and entered a plea of not guilty. 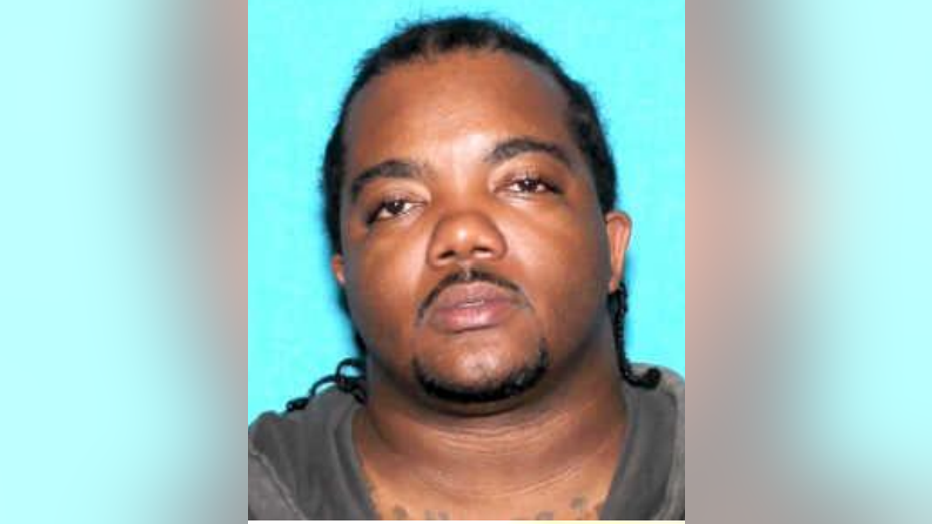 His bond was denied. A probable cause conference is scheduled for Aug. 19.

Another dry and sunny day is on the way Thursday after Wednesday's perfect temperatures. But humidity will move in shortly after today and bring possible storms Friday and this weekend.

Let's do it again! More clouds today, but low humidity will continue.