A portion of this content is sponsored and paid for by Happy's Pizza.

The biggest game of the year is here and if you're like the majority of Americans, you've got pizza lined up for the game.

Super Bowl XLIV is Sunday, February 2 on FOX 2 and looks to be an amazing battle between the Kansas City Chiefs and San Francisco 49ers.

No doubt, you've got plans for the game. Whether you're a football fan or not, the Super Bowl is a cultural phenomenon that spans interests across the globe.

Roughly 1 in 7 Americans will order takeout or have delivery on Super Bowl Sunday. That's about 48 million people. And chances are, you'll have pizza at the game.

It's not just pizza, but also wings! Americans will spend $161 million on chicken wings in the two weeks leading up to the game.

So if you're looking for a deal on pizza AND wings this Sunday, we have one for you.

Happy's Pizza is offering FOX 2 fans and viewers a sweet deal for the game.

Right now, at Happy's Pizza, you can get two large, two-topping pizzas, a sixteen-piece Happy Wing and a FREE 2-Liter of Pepsi. Only $29.99.

Just mention FOX 2 when you order! 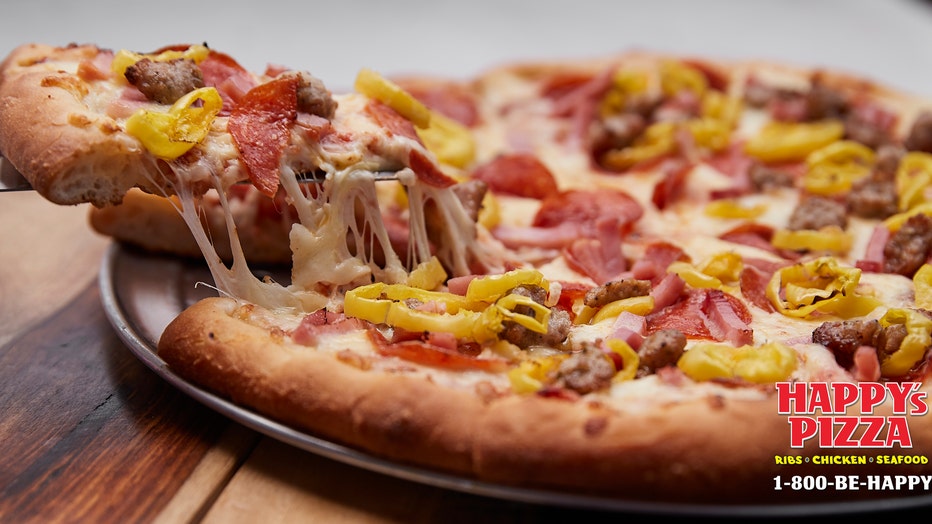