YPSILANTI, Mich. - A harmful algal bloom advisory has been posted in Washtenaw County after evidence of toxic levels of bacteria were reported in Ford Lake.

The Washtenaw County health department advised on Thursday that residents should avoid touching parts of the lake that appear scummy, are a blue-green color, or looks like spilled paint and has a green sheen. Any form of contact could result in being exposed to harmful toxins.

Over the last week, residents have spotted a suspicious bloom on Ford Lake, a popular reservoir several miles southeast of Ann Arbor. After the Aug. 3 observation near the northern portion of the lake, the United States Geological Services conducted multiple monitoring periods of the lake.

In one sample near the Lake Shore Apartments dock, the area had elevated levels of microcystin - a kind of toxin that is produced cyanobacteria, which is sometimes referred to as blue-green algae. Because two other samples of the lake came back negative for the toxin, a spokesperson for the health department emphasized the county's warning of a potential HAB should serve only as an advisory. 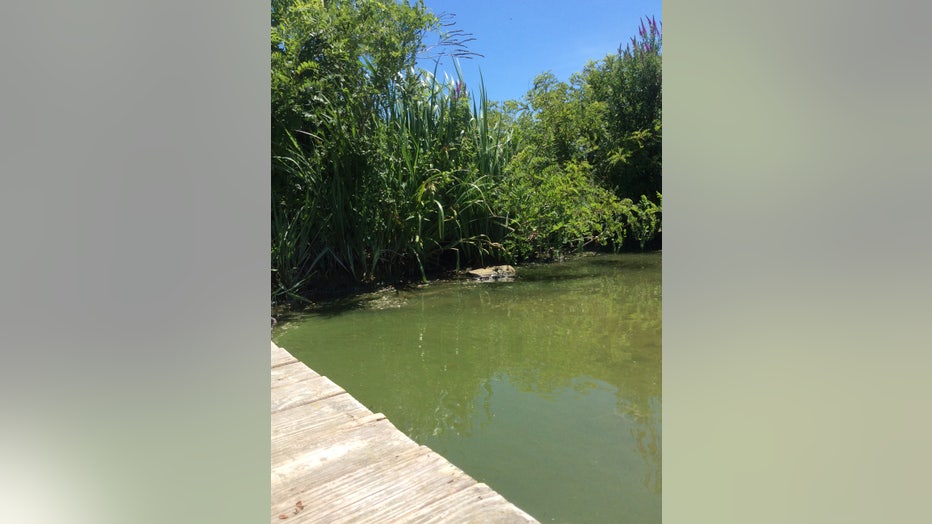 Harmful algal blooms form after a surge in nutrients enter a water body, spurring on rapid growth among vegetation. While considered a natural process under normal circumstances, when the bloom gets out of control, it can result in fish kills because of a reduction in dissolved oxygen. They also produce harmful toxins that can injure people and pets.

HABs are common in areas where agricultural and urban runoff drive nutrients like phosphorus into rivers and lakes. The most serious ones form in Lake Erie during the summer.