HARPER WOODS, Mich. (FOX 2) - The mayor of Harper Woods is receiving backlash for some insensitive remarks during a meeting. Now calls have intensified for Mayor Kenneth Poynter to resign.

The mayor of Harper Woods is receiving backlash for some insensitive remarks during a meeting. Now calls have intensified for Mayor Kenneth Poynter to resign.

"He said, well I can see why white people can become white supremacists," Hill said. "It was kind of like, wow, did you really just say that?"

Hill was one of a handful of people in a closed-door meeting with the mayor and Public Safety Director Vince Smith last week as they talked about race relations, working together and the protests over the death of 37-year-old Priscilla Slater, who died while in police custody.

Hill says leading up to the white supremacist comment; the mayor told the group that one of the protestors made crude gestures and inappropriate remarks to his wife.

"I had some words for him and saying, 'Look I understand where you felt what was done to you, was incorrect, which I agree, and to your wife. But for what you just said, there is something in your heart, '" Hill said.

Mayor Poynter declined to comment on the remarks Tuesday. 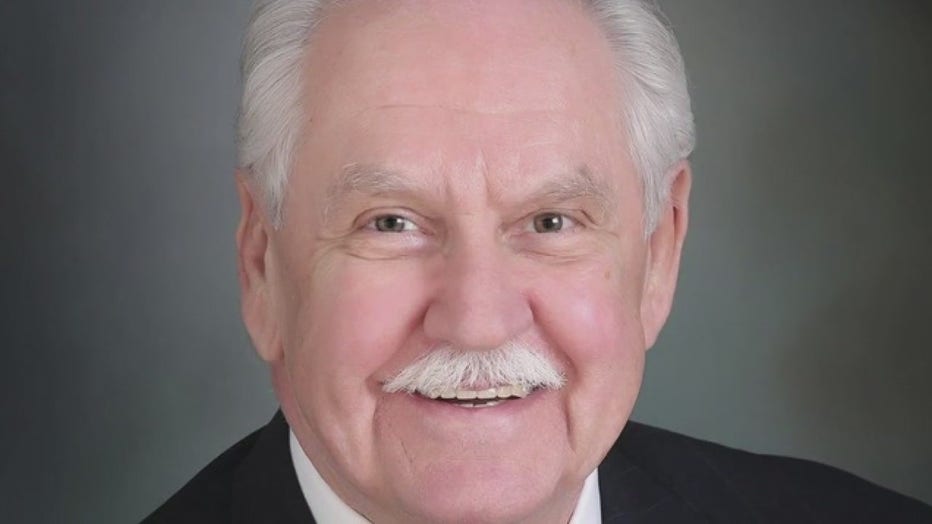 "I've been advised, I can give you an attorney to contact and that would be it," Poynter said. "I have been advised not to speak anything about this.

FOX 2 has learned current and former city council members Valerie Kindle and Will Smith were at the meeting, along with Harper Woods Schools Superintendent Steven McGhee and Acting City Manager John Szymanski.

"We're troubled by the alleged comments and we're troubled by the death of Ms. Slater as well," said John Gillooly, the city attorney. "We can't make comments like that. We cannot suggest how anyone understands how a white person may be a white supremacist or a racist."

Gillooly spoke on the behalf of the mayor, acting city manager, and public safety director.

"I can't say what a man did when I wasn't there, okay?" said Michael Reeves, a black resident. "Does it sound like him to me? No. God's honest truth? I think everybody has a streak of prejudice and racism in them. Me, you, no one's excluded. No one."

FOX 2: "What should happen at this point?"

FOX 2 received a statement from Ernestine Lyons, a city council member. She said:

"The mayor should not have said what he said. However, people should not be defined by their worst moments. We, as a city, are actively having more constructive conversations around race, anti-racism, and diversity. No one is powerless in the struggle to be the best version of ourselves."

Hill said the mayor called him and apologized but former councilmember Will Smith who was at the meeting said it took three conversations with Poynter to get him to apologize for the remarks.