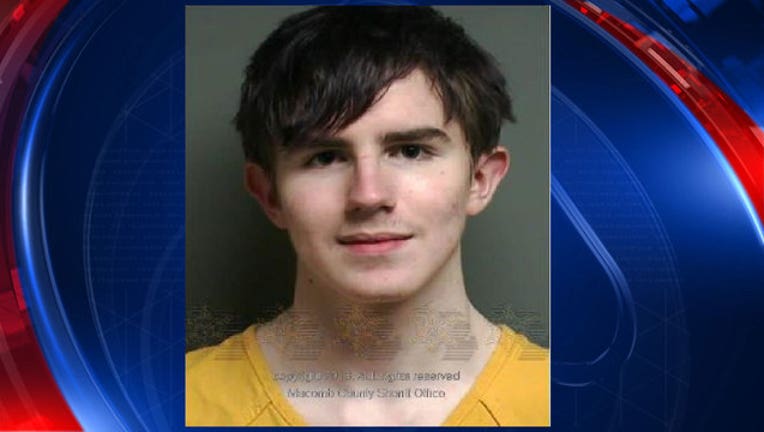 Shane Joseph Robinson, 17, referred to himself as "demonic" and expressed his dislike for the "popular kids" according to detectives who interviewed him. He allegedly had threatened to kill everyone in his classroom during sixth hour the previous day.

The teen, from Harrison Township, admitted to making threats, including to sew one of the student's mouth shut and telling a student he was going to stab them.

Deputies conducted several interviews with students at their homes as well as a search of Robinson's home, which revealed no weapons being located.

The incident is just the latest in a spike of threats made at high schools around southeast Michigan in the past month since the Parkland, Florida Stoneman Douglas school shooting.

"We take every school threat seriously and will investigate each of them thoroughly to hold those committing criminal acts responsible. Our students, their families, and school staff need to feel safe in the educational environment. These types of statements, whether made in jest or some other form, will not be tolerated."

On Thursday the incident was presented to the Macomb County Prosecutor's Office and a warrant was issued for one count of False Report or Threat of Terrorism (20-year felony).

Robinson, who is in custody at the Macomb County Jail, was arraigned in the 41-B District Court of Clinton Township Friday, and was given a $150,000 cash bond. He is due back in court March 28.