Family of David Reid fight on for closure, 10 years after his murder

David Reid's burned remains were found on the west side of Detroit in 2012. But little has been uncovered since to lead family members to those responsible. They honored his memory on Sunday.

DETROIT - Majorie Reid remembers two things about her son. He always told her he loved her and he always did what he said he was going to do.

"And I know he was never afraid to walk through the valley of the shadow of death," she said, "because he didn’t fear no evil."

For almost 10 years, the family of David Reid has wondered without much hope for an answer to the question of who killed him. Since he was last seen in June of 2012, little has aided the uncovering of the suspect behind the crime.

"For 9-and-a-half years we’ve been worried and wondering who is the killer of my brother," said Marlo Reid, David's sister.

On Sunday afternoon, family members and supporters gathered at the place where Reid was last seen alive - near the intersection of Schaefer and Chicago on Detroit's west side.

His burned remains were found the following day about a mile away at Fullerton and Hubbell. Yet, all these years later, not much evidence has turned him.

On Sunday, family and friends handed out crime stoppers fliers to the public, pleading for help and a bit of closure.

"This could be you in my spot and you don’t want that because when this day comes, you’re gonna be asking for closure and you're going to want some answers to it," said Myesha Reid, Reid's niece said. "That’s all we’re asking." 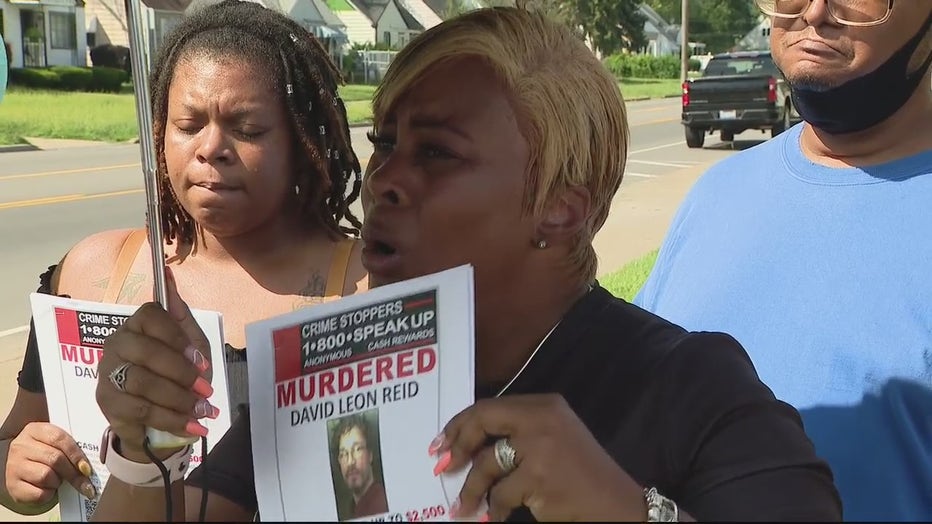 Detroit police were also in attendance.

"I can’t speak on what has happened in the past but I stand with you united on this day to move this campaign forward," said Commander Kyra Joy Hope.