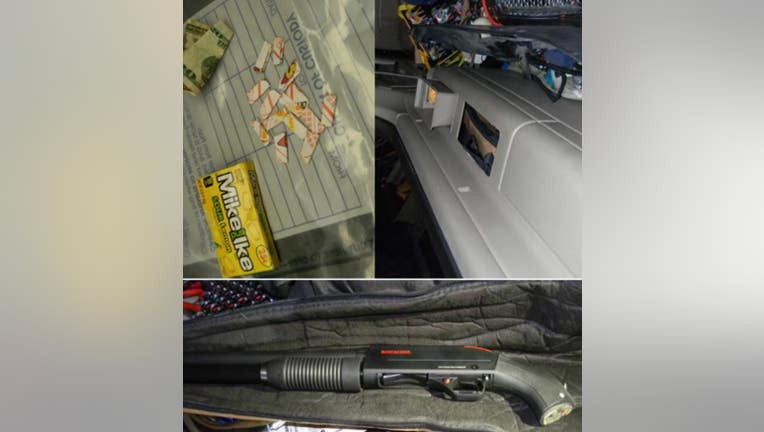 BERKLEY, Mich. (FOX 2) - When police stopped a speeding driver last month in Berkley, they discovered he had heroin and a shotgun in his vehicle.

Police said they suspected the driver was impaired when they stopped him on southbound Woodward near 11 Mile at 1:30 a.m. Dec. 2.  Once an officer spoke with the driver, they began conducting an operating while under the influence of drugs investigation and took the man into custody.

Before impounding the vehicle, K-9 Bear indicated that drugs were inside it. Police said they found 14 suspected bindles of heroin, along with a Winchester 12-gauge shotgun, which was hidden in the rear driver's side inner wheel well compartment.

The suspect's blood was drawn once he was taken to the police station, so it could be tested for drugs. Police did not identify the man.