SHELBY TOWNSHIP, Mich. (FOX 2) - A band director in Macomb County has been charged with sex crimes against juvenile victims.

Christopher Traskal, 42, is facing charges in two different cases that involve alleged inappropriate interactions with students. He was the band director at Eisenhower High School. 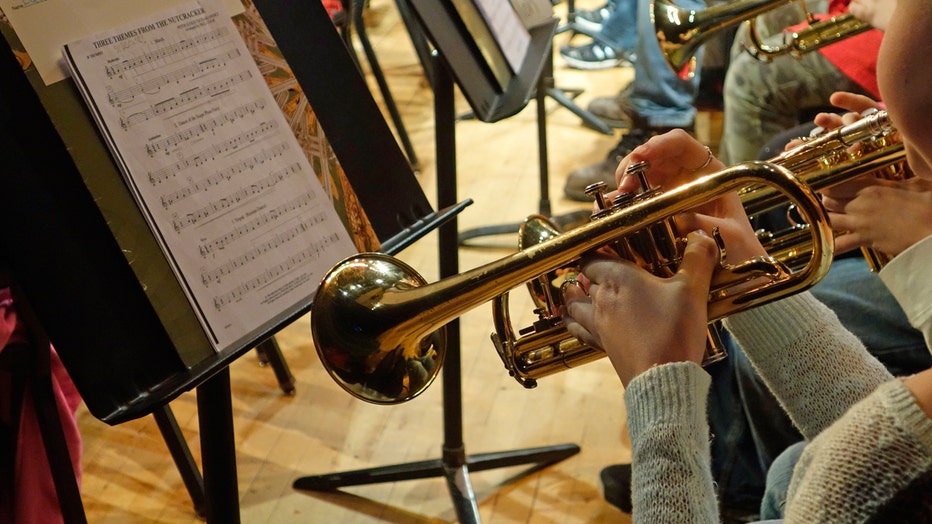 In the first case, Traskal has been charged with one count of child sexual abusive activity and another with using a computer to commit a crime. Both are 20-year felonies. In the second case, he's been charged with two counts of fourth-degree criminal sexual conduct, a 2-year felony.

Traskal is alleged to have sent emails to a student he was currently teaching over a period of several months. Authorities say over time the emails escalated to being inappropriate and sexual in nature. The suspect's in-school conversations and interactions with the student also became increasingly inappropriate.

In the other case, brought forward by a former student, it is alleged that Traskal befriended the child in middle school. He eventually also befriended the victim's mother, manipulating their relationship so he was able to spend more time with the victim.

He allegedly began engaging in inappropriate interactions with the victim while she was a high school student, taking her to his home and trying to give her alcohol. The interactions escalated to the point of the suspect bringing the victim to an event and sexually assaulting her in 2011.

According to Utica Public Schools, Traskal, 42, has worked for the school district for 18 years, including his most recent position as band teacher at Eisenhower High School.

He is due in court for his arraignment Friday morning.