HAZEL PARK, Mich. (FOX 2) - "A 15-year-old boy, played hockey his whole life. And thinking you might never see him again," said Ira Place, "is the worst thing in the world."

"If he wasn't there, my son would be dead. No question," said mother Nikki Place.

Back in December just two days after Christmas, the 15-year-old who has played hockey since he was 4 was doing drills at the Hazel Park Ice Arena with his high school team.

He says that he was feeling just fine. But Conor suddenly collapsed onto the ice.

"I wasn't feeling nauseous or anything, I didn't have a headache, my heart wasn't racing," Conor said.

"They said 'Mrs. Place Conor collapsed,' and I'm like, okay, everything went blank after that," Nikki said.

Steps away and out for a casual skate that day was Henry Ford Health System Athletic Trainer Eric Schwab, who rushed over to help.

"At first you don't want to believe what's really happening."

But without hesitation, Eric says his training kicked in. He immediately started CPR on Conor.

"You never expect to perform CPR on an athlete a young athlete," said Schwab.

But Conor was still not breathing so Schwab grabbed a defibrillator.

After two rounds of CPR, about 60 compressions, and a shock from the defibrillator he got his pulse back. 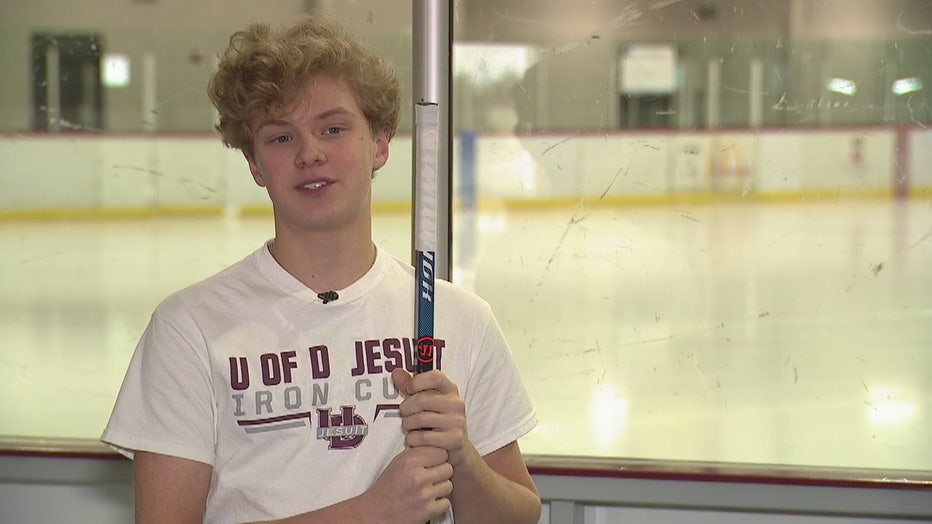 "He became more responsive," Schwab said. "It was a huge relief."

Conor then woke up in an ambulance.

"Something up above," he said. "Someone wants to keep me on this earth."

His parents were already at the hospital in tears.

But the good news came quickly and Conor was okay. Doctors are unsure but working to figure out what exactly caused the collapse.

Although Conor can't get back on the ice yet - he and his family - everyone is thankful Eric Schwab was there.
.
"He saved my life,” Conor said. “He was my guardian angel.”